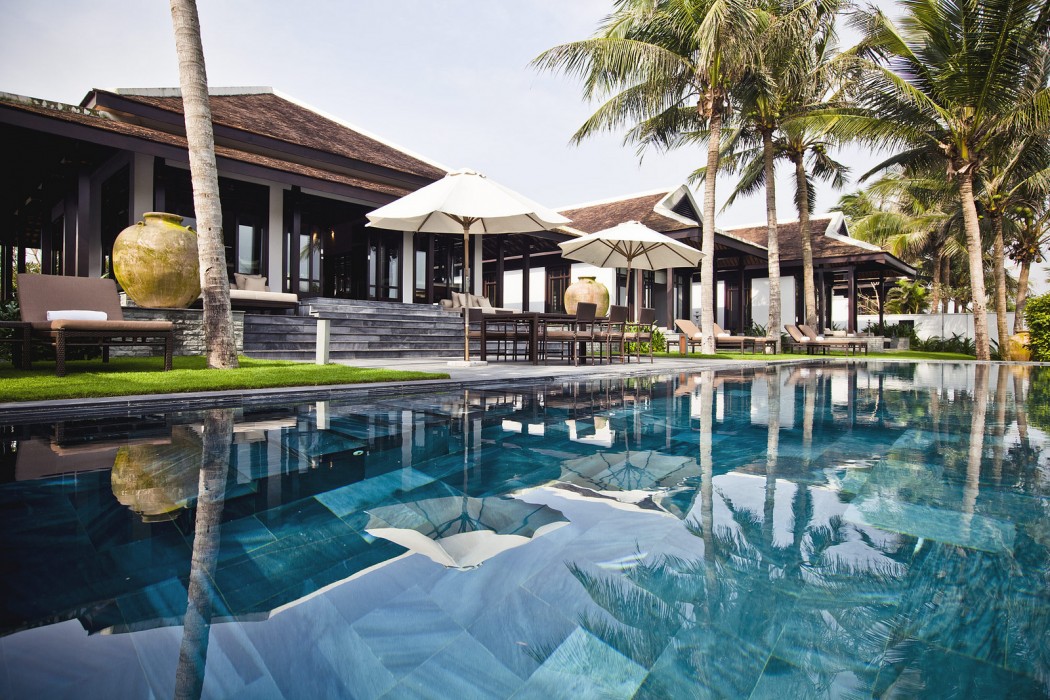 Watching the sunset over the summit of the Victory Monument in Dien Bien Phu, where hoards of Vietnamese people perform their daily exercises, I can reflect upon a country about which I understood so little before I began my journey through it. A country steeped in culture and tradition, but mired by conflict and tragedy. Vietnam is a country where one can go from fine, sandy beaches to mountainous ranges and grass-tipped archipelagos. From the hustle and bustle of Ho Chi Minh City, where motorbikes adorn even the pavements, to the serenity of Hoi An, where one can take an evening stroll across a lantern-lit riverside and eat fresh seafood under the moonlight.

For many people in the Western Hemisphere, the word ‘Vietnam’ is synonymous with warfare and little else. The myriad films depicting the Vietnam War and the intense media coverage that it received have served to reinforce this attitude. The Vietnamese people, though, have shorter memories, and whilst the 20th century saw a period of intense fighting and hardship, the turn of the millennium has brought about a new era of economic development and a reintroduction into the global political forum. As a result, Vietnam now, like most of South-East Asia, attracts millions of tourists to the region every year. And whilst many of these come with backpacks, long beards and student loans, there are plenty of ways for the more discerning customer to take full advantage of what the country has to offer.

My girlfriend and I, being of the bearded variety of tourist (me, not my girlfriend), were fortunate enough to be given the opportunity to break away from the backpacker havens to sample some of the finer things in Vietnam. More importantly, having just finished my doctorate, I felt I’d earned it.

Of all the places we stayed in Vietnam, Nam Hai is probably the most impressive. Located roughly seven miles south of Hoi An, the villas are plotted furtively amongst a vast 35 hectares of land, all teeming with contemporary cool. Our one-bed villa is a proper recherché affair, a mix of granite stone, dark wood and earthy aesthetic. The feel is opulent and designer. You can tell a lot of effort has gone into making this the premier resort for discerning travellers. Each villa boasts a multi-story bed platform, draped in curtain and finished in the aforementioned dark wood, with numerous pillows, and a huge accommodating mattress. There are also day beds on the terrace, which give way to the impressive vistas – a seriously deft touch. The bed area also has a beautiful sunken bath, perfect for whiling away an hour or two in complete bliss.

In terms of technology, Nam Hai has got it made: entertainment centre, with a huge flat screen TV, iPod and dock, a free film library and internet access. What more could you ask for?

The architecture of the place is keenly symmetrical, with precisely manicured lawns, and an infinity pool too.  The villas stride the ashen sands that make up Ha My beach, as vertiginous palms stand shoulder to shoulder next to the swimming pools. Overlooking this picturesque setting are the restaurants and bars, decked out with minimalist intelligence, with much glass and wood. It’s a wholly attractive place to relax and sample some fine food and drink.

Indeed, the two standouts were the Beach Restaurant and, simply, The Restaurant. The Beach Restaurant is the ultimate in comfort-dining; an elegant, open-air affair, offering pizza and salads, sushi, as well as some interesting regional delicacies. The Restaurant, conversely, is a touch more formal. The head chef is Ashish Deva, who is considered a master of fusion cooking. The menu at The Restaurant is mind-blowingly innovative, highlighted by ingredients such as duck liver, red snapper, foie gras, and giant prawns.

This type of barefoot luxury doesn’t come around that often. In the most clichéd of terms: it’s the stuff dreams are made of. When you think of a paradisiacal idyll, this is it: a mile of private beach, hand-and-foot service, great facilities, indelible cuisine, opulent accommodation, and of course, exquisite natural scenery. Castaway chic at its finest.

Dr of Neuroscience, MC, game day player and all round nice guy. Dr Farrow has been writing for The Review since we all thought the Hadron Collider was a black hole factory. Travel and opinion.

Was it all a dream? Some sort of abstraction from consciousness? Had delirium set in? It seemed so real. The colours so incredibly vivid, the sealife so lustrous. I felt incredibly lucid sojourning under the luminous morning sun, deep in the heart of the Indian Ocean. The heat instantly envelopes you when you’re a mere 380 miles from the equator. It was a stark contrast from the ashen winter morning that now sat before me. I needed to find the red pill and somehow get back – back to the pure shores of Kudadoo.