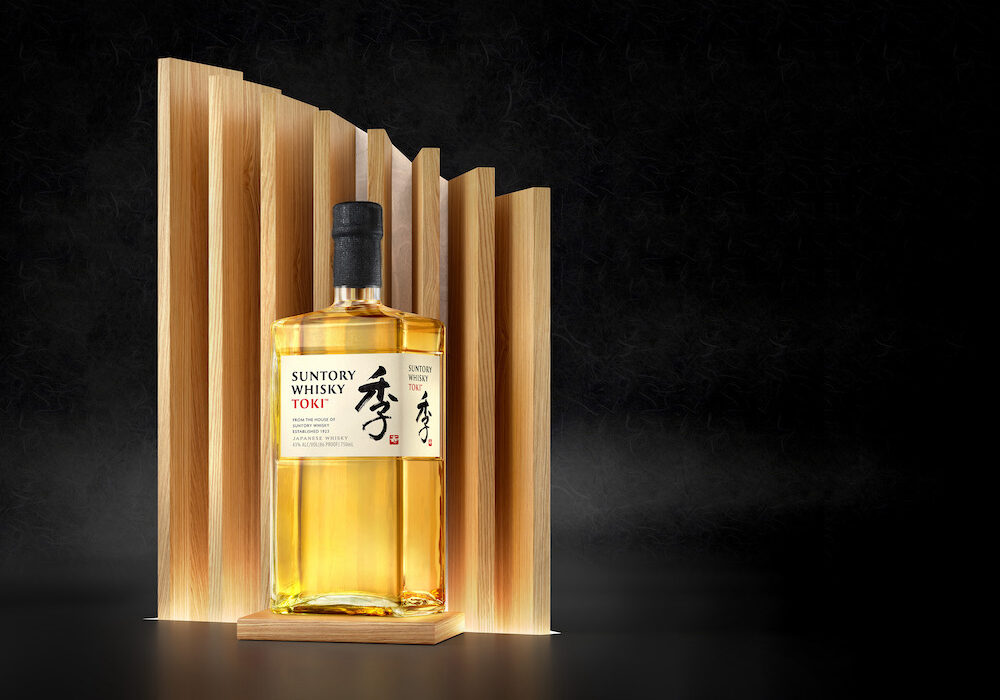 At The Review, we’re partial to a libation or six. We’re very clear on that. Drink responsibly, of course, but on your own terms. In this segment, new for 2021, we’ll be tasting some of the team’s most favoured spirits from around the world. When we sat down to make our first Q1 selection, a fierce, but sober, battle broke out over the weekly zoom call. It seemed, for once, every member of the editorial team had an opinion. So to avoid bloodshed, our managing editor decided to cover tequila, rum and whiskey in this, our first outing. À votre santé. 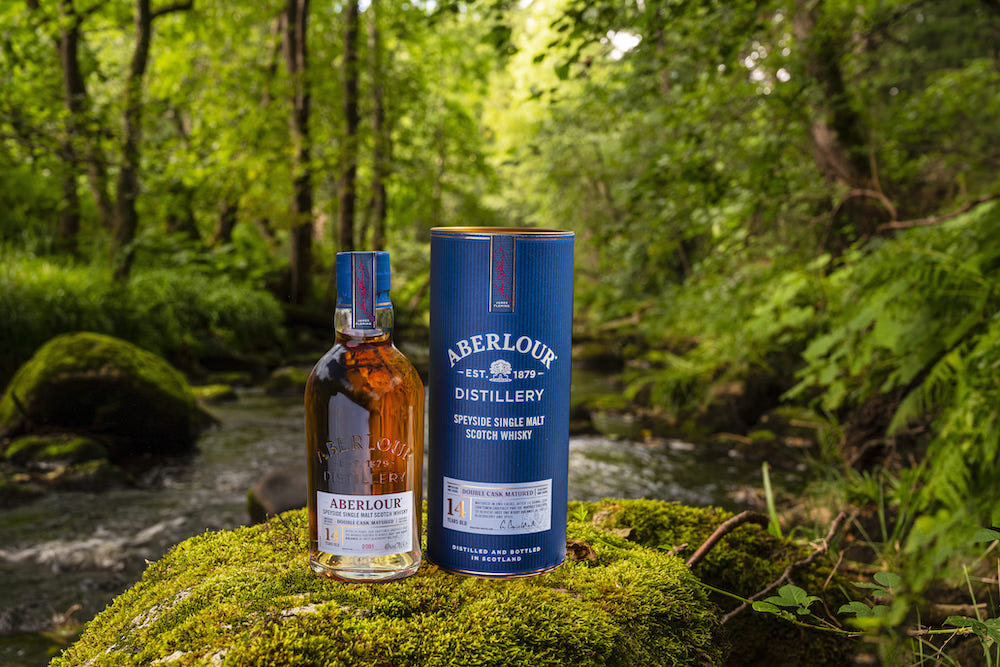 Now, the Speyside region has some stiff competition as around 50% of Scotland’s distilleries call Speyside home. Dufftown, alone, has some six working distilleries generating an annual capacity of 40.4 million litres.

The Aberlour range is famed for its double cask maturation and, of course, the expertise of its old school cask selection team, alongside master distiller Graeme Cruikshank. Aromatic oloroso casks and first-fill American oak casks are used to enhance the reassuringly rich flavour.

The result is a well-balanced drop with a typical fruity base, ripe blackberry, aromatic spices, a caramel nose, vanilla, oak and heather honey. With a decent length finish and notes of toffee, apple and spice remaining.

This is an incredibly balanced 14-year-old with a sweet fruity taste, bringing together notes of ripe blackberries and aromatic spice, and a finish of creamy complexity from the higher proportion of first-fill American oak casks. 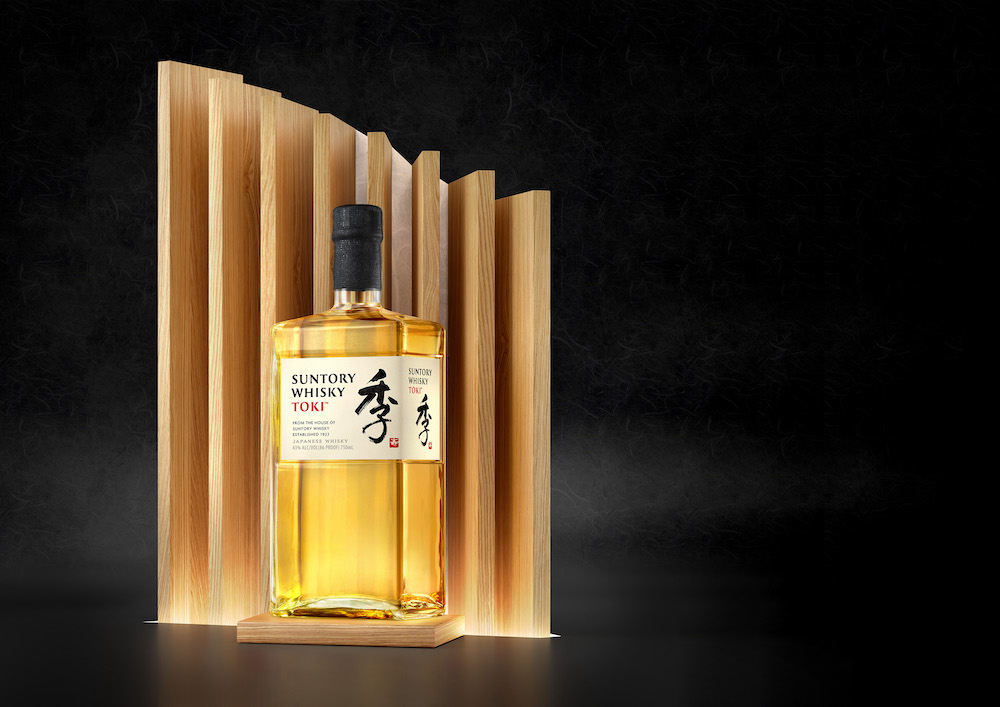 If you’re a whiskey drinker, you’ll have a selection of favourite Japanese releases. Those of you who still believe Japanese production is still a bit of a novelty should leave the room. Now. The Suntory Toki is a particularly young blend from Yamazaki Hakushu single malt and Chita grain whisky, three of Suntory’s distilleries. Suntory have been cleaning up at international awards for decades. They were originally founded in 1923 by Shinjiro Torii, when he opened his Yamazaki Distillery near Kyoto.

If you’ve ever heard the term ‘gunboat diplomacy’, let us tell you where it originates. When Commodore Perry arrived with a fleet of American battleships in 1853, Japan was forced to accept outside trade. Traditionally the country had adopted a particularly isolationist approach, enacting policies and to minimise the influence and control of foreign entities. That is until the early 1850s. Shinjiro Torii, already a successful wine importer in Osaka,  took it upon himself to learn the Scottish process in the 1920s, adamant he would distil a Japanese version. The Japanese influence of soy sauce brewing and shochu distilling can still be seen in the end result even today.

So what of the ‘Toki’. Well, it translates as ‘time’, an odd branding exercise when you consider it hasn’t been in the bottle all that long. This relatively young blend is ultra-smooth with a fairly gentle and easy going body. There is an initial strong sweet hit with notes of honey and cinnamon accompanied by some floral tones and lemon zest.

On the nose, it’s incredibly pleasing. Cloves give way to soft fruits such as peaches, raisins and apricots. There is also an intrinsic earth note that works alongside the sweet nuts and barley. This one is rather moreish, if we do say so. 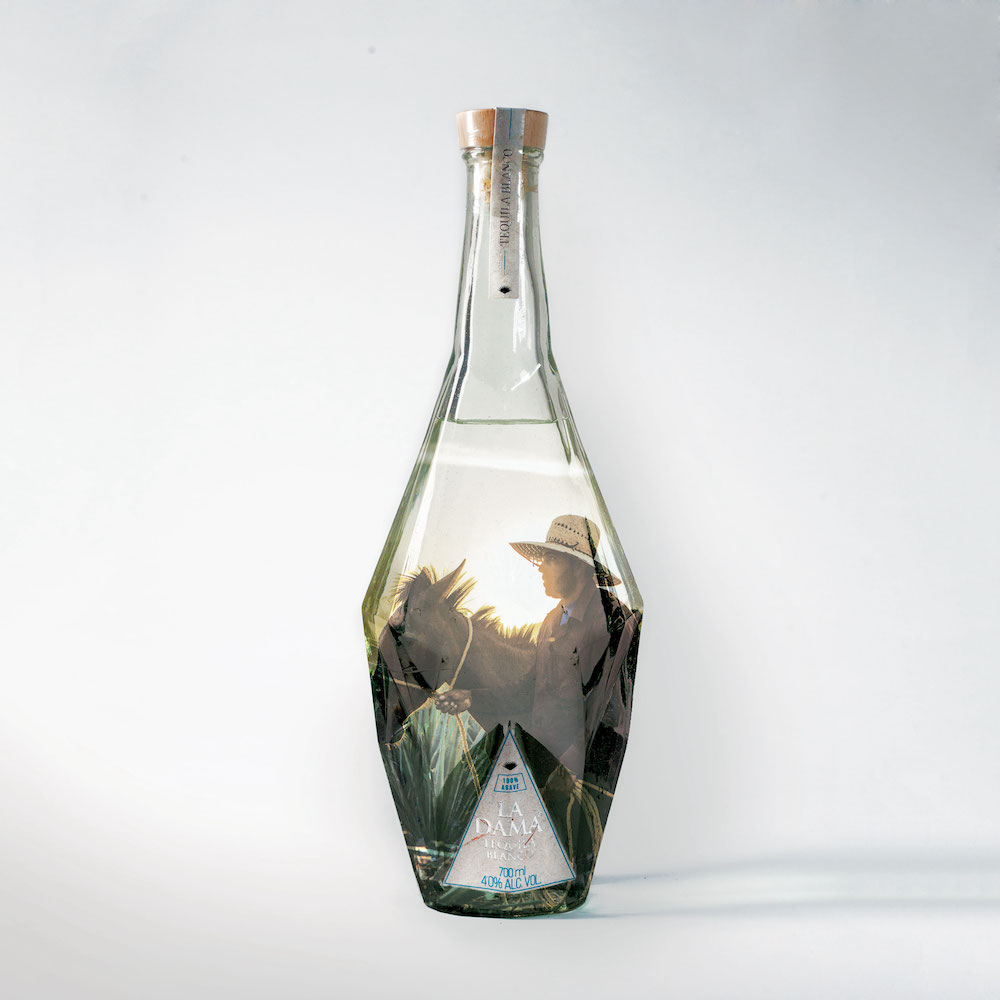 Created by the Galindo family of Ninfa Raicilla, this organic, unaged tequila is distilled from blue weber agave. La Dama is also the largest sustainable agave grower in the world.

The highland region in Jalisco was ruled thousands of years ago by the Chichimecas. They were fundamentally a people who felt a great connection to mother nature. Femininity was regarded above all else as the female form could give life. The Galindo family wanted to honor this heritage by integrating them in the name of their tequila.

The company’s sustainability principles are also widely regarded going above and beyond land management. All their workers are paid fair wages and salaries. Their agave fields also don’t use clones or hijuelos.

As you might expect, the nose is of cooked agave, with subtle fruit and spices beneath. The attack is intensely herbal, fruity and with almost caramelised agave. This gives way to chocolate and creamy notes and textures reminiscent of a good single malt.

Available from the renowned mexgrocer.co.uk, La Dama is a one-of-a-kind tequila that can be enjoyed over a large block of ice or mid-way through a zoom call in a teacup. 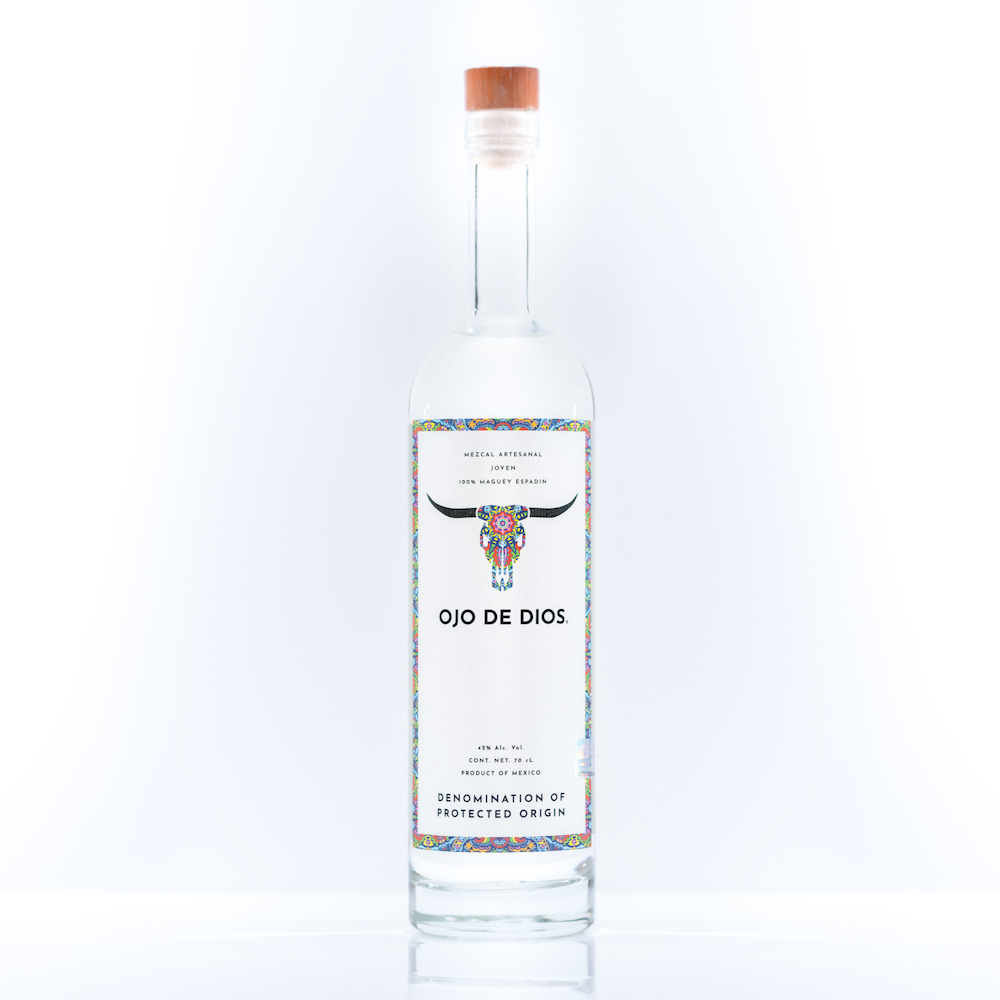 Translated as ‘God’s eye’, they’re not pulling any punches. This artisanal mezcal is produced by third-generation distiller Maestro Francisso Ortiz, with sustainably farmed Espadin agave from San Luis del Rio. A quick show of hands and only two of the four samplers around the table have visited Mexico. Does this mean we’re not qualified or that two now need to test for four?

The Espadin agave is farmed on Ortiz’s estate in the region of San Luis del Rio and is harvested at full maturation. The agave hearts are cooked for up to 10 days in an underground oven, using local oak. These are then crushed with a tahona pulled by the estate’s donkey chicharito. If you can name the estate’s donkey in marketing material, you’re getting our vote for sure. The next and final phase is to let the juice and fibre naturally ferment and double distil in 250-litre copper pots.

What’s it like on the nose? Light a cohiba and find out. Formidable. The initial charcoal smoke flavour is a little like barbequed fruit. Though there is a distinctive vanilla and pepper finish. The finish is dry giving way black tea and cashew flavors, all the while tipped by tobacco and leather. Intense is one way to put it. We think this could well make a dream of an Old Fashioned. It is also available exclusively through Mexgrocer. 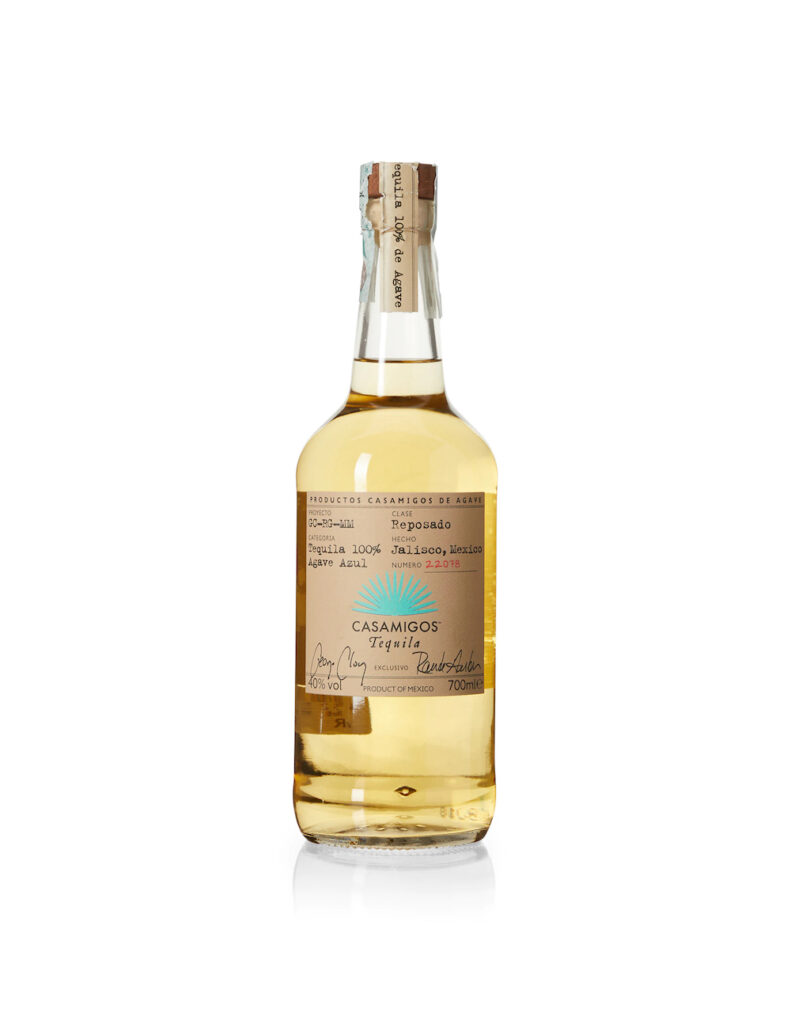 “When I finish a long day on set, I like to sip a glass of George Clooney’s finest tequila.” It was on location in Pennsylvania, on a T Rex tape shoot, that our DOP Liam Healey was handed a bottle of Reposado by the client. To say it went down well would be putting it mildly.

No doubt one of the more mainstream additions to our list, but despite the brand’s age, it’s highly regarded. Especially by Diageo, who bought the fastest-growing brand in the US from founders Rande Gerber, George Clooney and Mike Meldman. Casamigos was added to the list by managing editor Peter J Robinson, who fervently believes it to be a tequila with which he has been able to turn more people to the spirit than any other. Tough to ignore.

The reposado is aged for seven months in American white oak casks, originally used for fine whiskies. It’s made from hand-selected seven-year-old 100% blue weber agave grown in Mexico’s Jalisco Highlands. After the agaves are harvested, they are processed within two days to preserve the aromas. The complex production includes an extra-slow fermentation process.

On the nose, you’ll find butter, caramel, vanilla and, of course, citrus fruit. The oak and vanilla meld on tasting for a short caramel infused smooth finish. 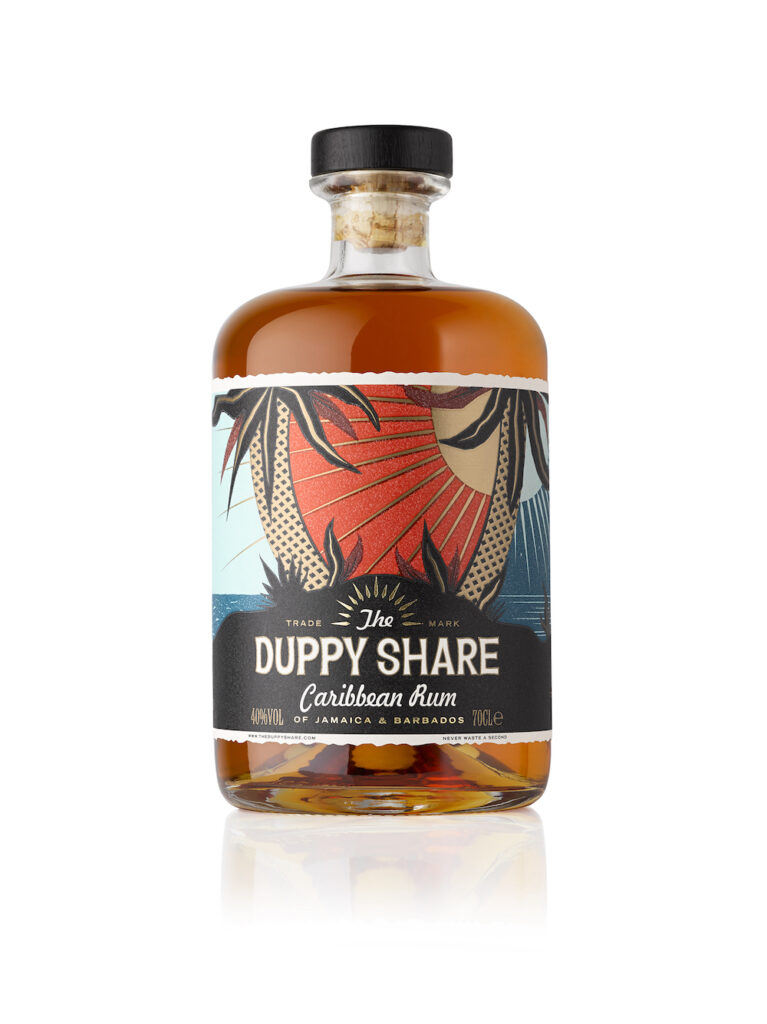 Duppies are Caribbean spirits, originating from Jamaica, and are thought to live at the base of cotton. The legend goes that Duppies go from island to island stealing Caribbean rum. Fairytale or folklore aside, if there is rum in it, we’re in. The Duppy Share is a rather unique blend of cask-aged golden Caribbean rums from Jamaica and Barbados. Specifically, a three-year-old Jamaican pot still rum and a five-year-old Bajan rum. The combination and balance of these contrasting island styles makes The Duppy Share a go-to rum for a range of drinks.

It’s certainly a big, bold, 100% pot still Jamaican three-year-old upfront, and a five-year-old Barbadian at the back, giving a buttery finish. 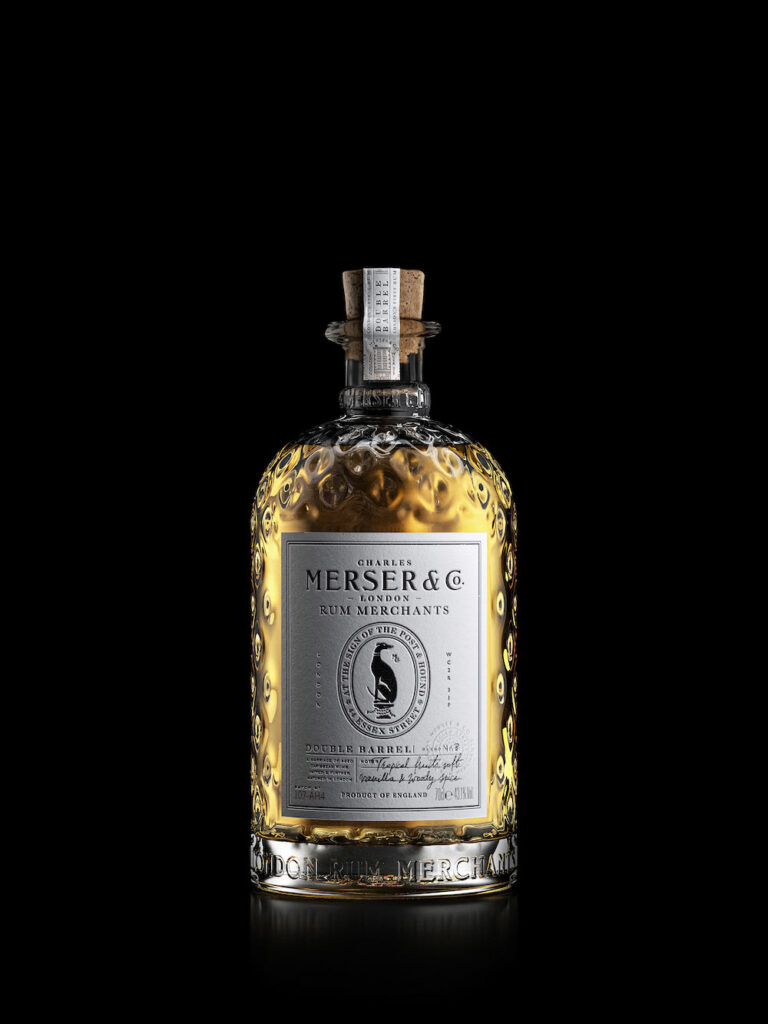 If you’re thinking the bottle of Merser & Co’s Double Barrel Rum has more than a hint of the colonial about it, you would be right. This blending house hails from the Hayman family, the same family behind Hayman’s gin. It’s a blend of rums from Barbados, Panama, the Dominican Republic and Jamaica. This heady mix is then combined and mixed in London for a further six months before the final bottling.

Merser marks the first blending house to take up operation in the Big Smoke in over a century. You’ll also find that the finished article contains no additional colouring, or sugar in keeping with the seventeenth-century practices.

The Merser is an elegant drop, understated caramel and tropical notes make it a great sipping rum. The pineapple is palpable, not to mention the coconut and chocolate notes on the finish. This fine bottle disappeared faster than anyone had expected. 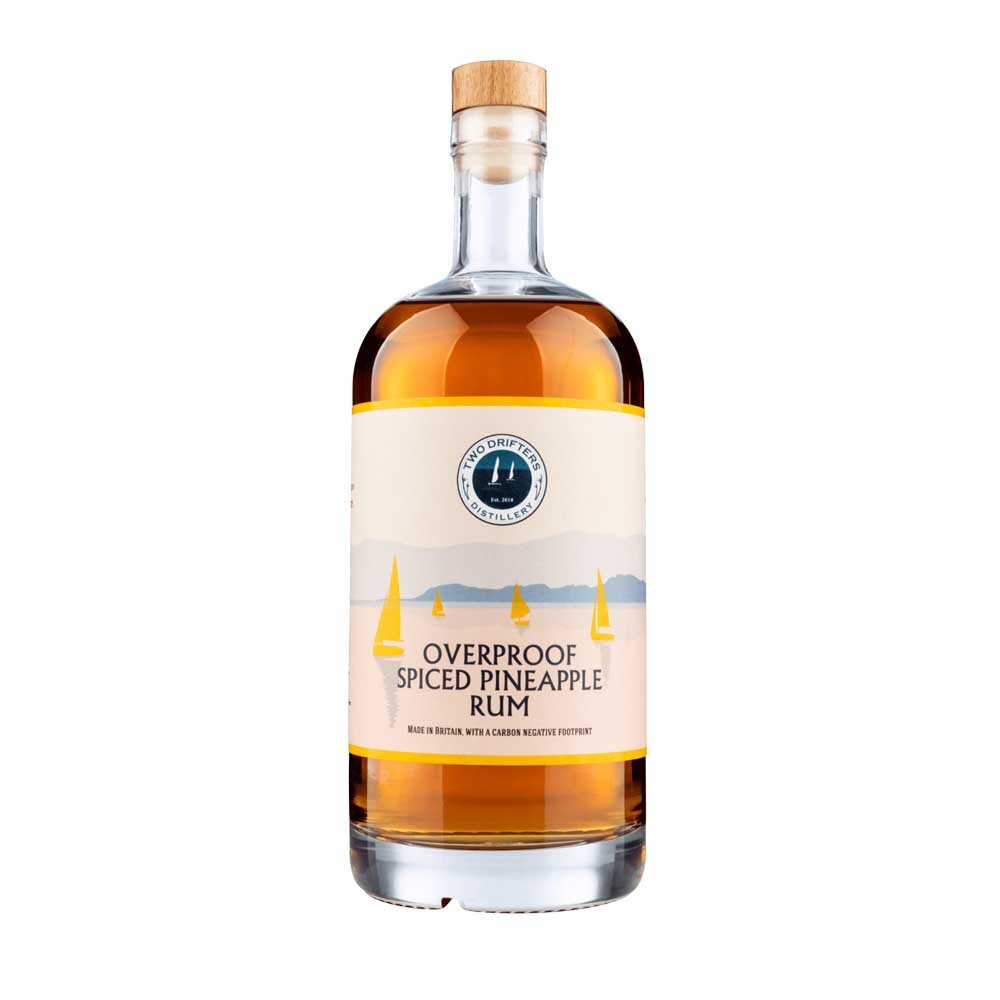 At 63% abv, the Overproof is the absolute finisher. Treat its tropical punch with respect or beware.

Two Drifters Distillery Ltd is run by Russ and Gemma Wakeham, who rather unsurprisingly love rum and their base of operations, Devon. Almost as much as they love the planet, given that Two Drifters was one of the first carbon-negative rum distilleries in the world.

It keeps you guessing: there’s a hit on the nose of the tropics in the form of caramelised pineapple, which gives way to vanilla, followed by a slap of star anise to the face. The finish gives off a wonderful salted caramel tone with banana in full effect on the palate.

Freeride World Tour champion, podium taker at Nine Knights and title holder of the European Skier of the Year, Markus Eder is, without doubt, one of the worlds most versatile freeskiers. Parks, streets, mountains and backcountry Eder has proven time and time again that he is a well-armed cross-discipline disciple.