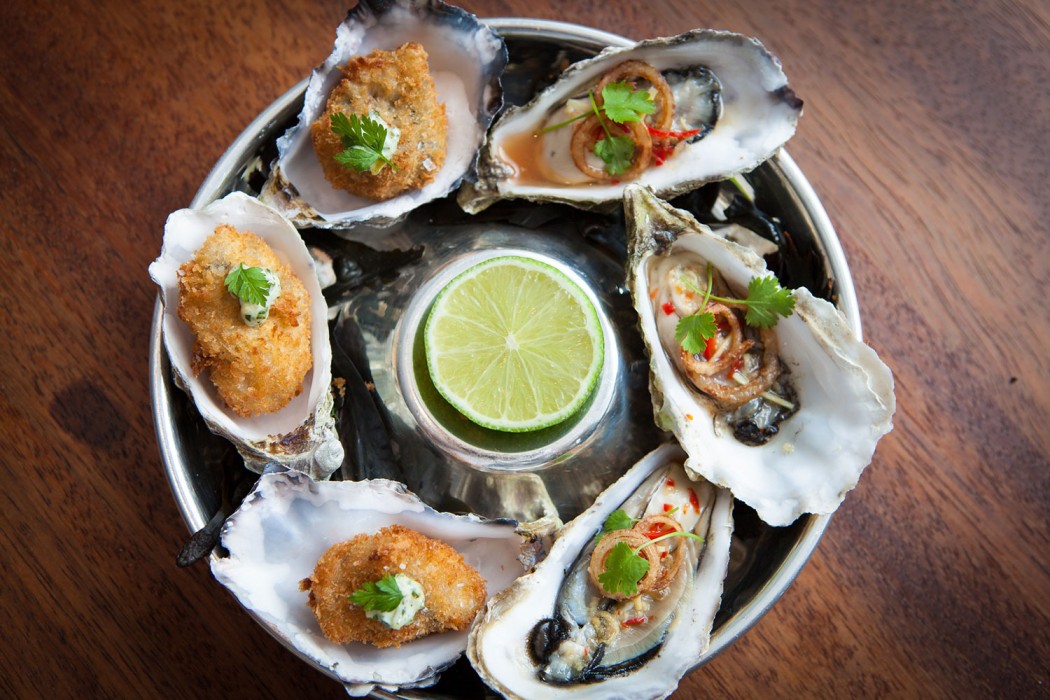 As someone that spent almost a year living in central London, I don’t consider myself an insider or an outsider. I sort of declare guerrilla warfare on London once a month, opting for a skirmish campaign of fast cars, drinking and debauchery all crammed into one night. Then, having enacted my raucous campaign of lavish and salacious behaviour, I retreat with the spoils of war, back to sleepy and secluded Somerset. Usually with a weighty hangover in tow and a dent in the Dunhill wallet.

London, for me, is a good time girl, a fille de joie, enjoyed that much more due to my fleeting relationship in her gin-soaked bosom. Arguably one of the finer places to empty ones wallet is Knightsbridge. So having spent the day drinking my body weight in Pommery at Salon Prive with your motoring editor, the debonair Oliver Smith, we made our way to the newly opened Hawksmoor on Yeomans Row.

One thing that I found very awkward, Smith convinced me to walk to the restaurant from our hotel near Regents Park. For those of you that don’t routinely ‘walk’ across London – and let’s face it, who the bloody hell does – the journey was over four miles of rage-inducing plodding on a stomach of lobster and champagne.

“What the hell are we doing this for?” I winged. “It’s good for you,” replied Smith. “You’re scared of the tube, aren’t you?” I asked wryly. “I am not scared of the tube, I merely choose to avoid it due to an aversion to….. well, people”. I can’t blame Smith’s lack of lustre towards the herding instinct of the London underground. But there was obviously a savvy alternative, had he informed me of his aversion towards the general populace. We could have simply booked a hotel in Knightsbridge. The Mandarin and the Jumeirah are both lovely options, I thought, as I wiped the sweat from my brow, already five minutes late for our reservation. Still, I agreed to walk with Smith. We got as far as the Dorchester before he agreed to flag down a taxi for fear of missing our reservation. Sadly, there was no canister of oxygen or strip of raw silk to dab my beading brow aboard.

From the outside, Hawksmoor is fairly unassuming, due to two factors. Firstly, they are creating a mystique through their unpretentious facia, and secondly, property costs in Knightsbridge at ground level make even the analysts at Credit Suisse shed a costly tear.

As we strolled down the staircase, a rich atmosphere of (no doubt well-marbled) meat and fine wine was emanating at a rate from the restaurant’s cavernous underbelly. Designers Macaulay Sinclair have done a fine job attending to the art deco flourishes, grey marble, brass lamps, walnut veneer and a wine cellar that could give Rudd and the Brothers Berry a run for their money.

Having arrived a little late, we decided that it is only fair to ask the maître d if the table was still available. “It is, but you are most welcome to take your time and enjoy an aperitif at the bar”. I only asked in case they had given the table away and now wanted us to wait for a little while until another table became available. Of course they hadn’t – perish the thought – but they were far more relaxed about our arrival time than I was. With this we decided that an anti-fogmatic was the way forward to open the eyes a little and ease the joints post-schlep across London. The Marmalade Cocktail was originally created by the lionised Harry Craddock of Savoys notoriety, who suggested that such an elixir be drunk before 11am or whenever steam and energy were needed. They were.

Three or four later (and after three, who’s counting), we took our seats and began the process of whittling down the menu to a handful of well-intended choices.

To my horror, Smith wasn’t an oyster fan/ He said he had never experienced them and enjoyed them. This record required immediate setting straight. “Six fried please”.

I opted for Imperial Caviar, as we know it is ethically farmed in Finland, so it is less about how it tastes and more its presentation and culinary accoutrements.

Smith did his best to entice me into sharing the chateaubriand, but I was already taken by the rib-eye. To my surprise, the chef offered to present him with a half portion – no knives, no tantrum, all very straightforward. Creamed spinach and a Doddington caesar salad seemed like appropriate accompaniments on this carnivorous-centred evening.

Having put the game in play, we reclined with a bottle of the sommelier’s fancy. It was at this point that I realised that all the staff, like the maître’d, were not wearing any kind of uniform. They were all smartly dressed but not a waistcoat or tie amongst them. I thought back to the uniformed jobs I had worked when I was in my twenties. Would any of them had been given more sweat and toil had I not been given a uniform to wear? How would I have known my place so that a thirty-something manager could enact his entrenched and myopic revenge on the middle-classes? The answer: I wouldn’t have. I would have acted with a free-thinking libertarian spirit that would have seen my place of employment burn to the ground. I am a rare breed, though, the sort of man that occasionally wants to see the world burn. But enough of my pre-starter musings and unorthodox vernacular; there was caviar and oysters to gorge upon.

I must confess to something at this point: I had never tried fried oysters, but assumed that Smith might well prefer them if they were breaded in some way. An opinion entirely formed from being raised on healthy – and I mean healthy – foods by my mother. Of course, it meant that I saw anything battered or breaded as a delicacy until I was 15. The fried oysters with devilled tartare were immense, however. I only managed one out of the six as Smith’s claw-like hands and prodigious appetite trawled the plate.

After consuming an undisclosed, but perfectly-legal-to-drive amount of champagne and cocktails, our first real meal of the day vanished with some ferocity. I, of course, took my time over my caviar. So much so that when all was done and the napkin placed, I still had three drinks on rotation.

By this point, I cannot tell you what we discussed, although I am sure it was all done with a view to brevity. I do recall Smith finding the localised table of city boys quite trying at times, though. We wondered how they had matriculated so far from the home-base of the Wharf. As one larger gent quaffed his 1966 Beychevelle, I was reminded of fellow fictional city worker Van Patten: “They don’t have a good bathroom to do coke in”. American Psycho, the very epitome of greed in the 80s, but greed, for lack of a better word, is good, and so on with the rib-eye and chateaubriand.

As I took my first bite and made a face that I’m sure even cavemen made when eating a decent leg of boar, I was taken back to every time I have enjoyed a fine steak, great company and a full bodied red. There are some things in life that surpass all others. Dining out in a redoubtable restaurant that prides itself on originality and caters for both ends of the egalitarian spectrum is arguably one of them.

Hawksmoor announced it will be opening an operation in Manchester in 2015 to add to its five existing eateries. I will do my best between now and then to assess the culinary workings of each of the brand’s locations, and I urge you to do the same.

Having had our fill of all that is holy at Hawksmoor, we tripped the light fantastic in search of a gin joint for cigars and revelry.

Deep in the Veneto valleys of Northern Italy sits The Queen of the Dolomites, Cortina d’Ampezzo. There’s no angle of approach to the region that won’t leave you overwhelmed by the colossal mountains fortifying this beautiful region.