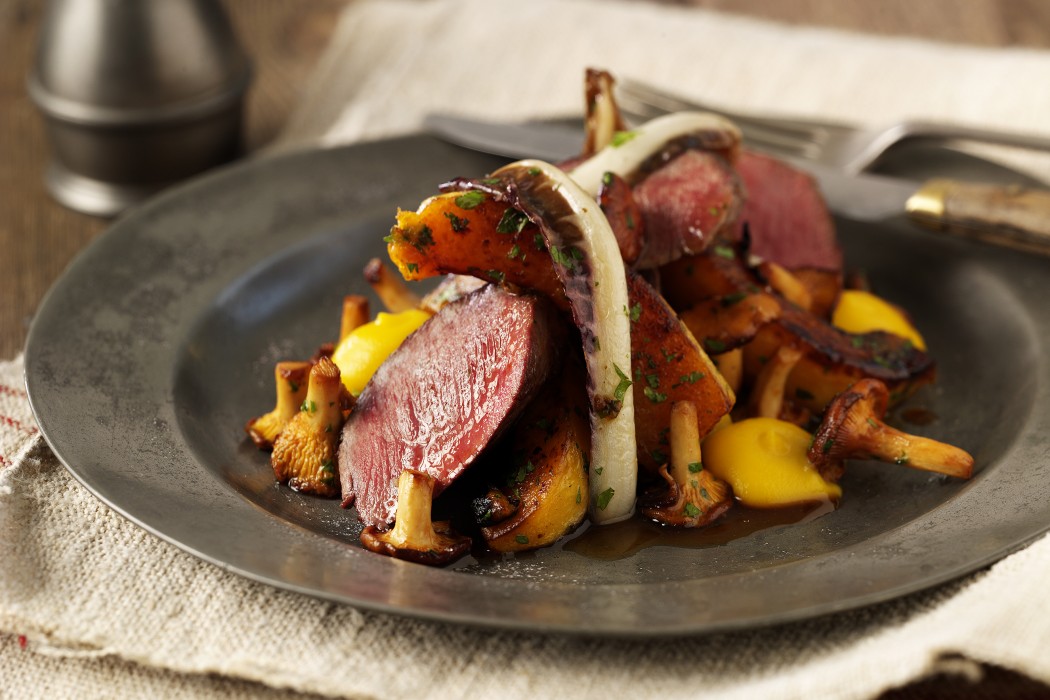 Goudhurst. I couldn’t even pronounce it properly, let alone find it on the map. But this is where Gemma, the other half, decided to bring us for my birthday. We’ve been scouting villages around London, making a shortlist of places that are charming enough to call home—you know, buy a house, get nestled, and eventually fire out some little ones. So this was as much a reconnaissance as a celebration.

One of the great, incontrovertible truths about England is that, deep down, we’d all rather be in the countryside. If you don’t feel it now, you will. The English weren’t built for the city and its Faustian promises. We’re too polite for success, too self-conscious to overreach, too cynical to believe, too apologetic to dream big.

I watch you, just as you watch me, awkwardly navigating our godless cities, our Munchian mouths aghast, our eyes bleak with the flailing embers of civility, where we’re defined by job titles and postcodes, and communicate in choking conversations and panic-swallowing haste.

The rat race is no longer about who can get ahead, but who can get the hell out; the chutzpah to turn their back on the devil, recalibrate, and start living the hushed middleclass dream of allotments, bumpkins, cider, organics, localism, hen-keeping, self-sufficiency, crisp air, azure skies, muddy boots, cow shit, a bucolically-designed kitchen, and saying ‘good morning’ without being met with surprise or suspicion.

But there is one thing I’ll miss about city-life: the food. Not just any food, but the plates of art and forkfuls of ambition. I’m not saying the countryside doesn’t do decent grub (after all, your boiled egg couldn’t be closer to the free-range vagina that laid it), but as with everything in the sticks, aesthetic is an afterthought of purpose. In the city, food is about concept, meaning and experience; a Rorschach test on a plate. Here, it’s about sustenance, conviviality, and talking with your mouth full.

We asked Nettie, the lady who owns the barn, to recommend somewhere to eat. Her reply was utilitarian, almost evasive, talking about how long it takes to get there, how much it costs, who the patrons are, but nothing about what she’d actually put in her mouth. The Globe and Rainbow sounded good enough, so I pressed her for an opinion on the food: “Delicious,” she finally conceded, with all the platitudinous flair of a Tripadvisor review.

Situated in the least Kentish bit of Kent, the Globe and Rainbow is a proper pub in the mud. The décor is indistinguishable from its neighbours’, which is no bad thing, as long as you’re in for pull-up-a-haystack hospitality and open-door dining. Like fashion, countryside décor is a by-product of agriculture and climate, all firewood and weathercocks.  It’s the same twee feeling you get when opening a picnic basket, or watching Samantha Cameron make a gingerbread David on Celebrity Bake Off.

The menu is the best I’ve seen in months: taut, confident, and created by someone who actually wants to feed me: pigeon with wild mushroom, pearl barley and sweetcorn; red mullet with fennel, apple and artichoke; pork belly with bacon jam and pickled onion; duck breast and confit with carrot, kale and baby turnip. Proof that, in the country, you needn’t look further than the barrel of a shotgun for inspiring ingredients.

I asked the waiter to choose my starter, to which he hesitantly agreed. I’ve been annoying waiting staff with this request all year, simply to make eating out more interesting. He opted for monkfish scampi with saffron mayonnaise. For what was essentially tempura fish, it was unimpeachable: sweet flesh cocooned in featherweight batter. The dish was a whisper of the greatness to come, but not memorable enough for me to stop wishing he’d chosen the pigeon.

Gemma’s scallop with chicken wing and black pudding was enviable, a delicate balance of surf and turf, bolstered by the earthiness of the blood and oatmeal. Her venison fillet with celeriac and beetroot fondant was even better, and a contender for my dish of the year: buxom and blushing, and bold enough to withstand the gruffness of the root veg. Faultless cooking. My lamb rump, although forgivably rare, was bolstered by the aubergine, crispy potato and black pudding. The plate was complete and cohesive, and the meat, despite being slightly underdone, tasted of grass and mud and grazing—a testament to its quality.

Spotted dick, blood orange, crème anglaise and whiskey marmalade: no, not a Freudian inquiry into Nigella Lawson’s pantry, but the first in a quartet of desserts served on a board the size of a tractor wheel. This is Willy Wonka theatre, a properly grown-up gang of puddings, ingeniously executed by a chef who remembers what it’s like to be a customer, and who doesn’t let ego or overthinking get in the way of simplicity: dark chocolate fondant with peanut, brownie and a pistachio parfait; vanilla cheesecake with rosemary, ginger and rhubarb; and crème brulee with espresso milk foam, cinnamon doughnuts and caramel popcorn.

Despite sounding like a Soho gay bar, the Globe and Rainbow offers romping city nosh without the botox and poppers. This is as close as you’ll get to the neurosis of metropolitan cooking, but with ingredients that are recognisable, native, and put together with forensic care. Here is a restaurant with its head in Pollen Street and its heart in the Harwood Arms, yet self-aware enough to not alienate the locals who like nothing more than to tuck a tablecloth into their collars and talk about the preposterousness of London with their mouths full.

Braun SkinSpa Finally, an excuse to get rid of your shaving gel, blunt razors and that half empty tube of hair removal cream you’ve had in the bathroom draw for the past year. The Braun SkinSpa has. it. all. Close-Grip-Technology makes the epilator tool one of the most effective I’ve used, removing hairs as short as 0.5mm. You can feel the power of the machine as it picks up speed in your hand. Nought to sixty in under 3 seconds. Plus, switching between attachments couldn’t be simpler and more fiddle-free. The shaver tool is equally as efficient at removing hair, almost as close a shave as a razor. All functions…