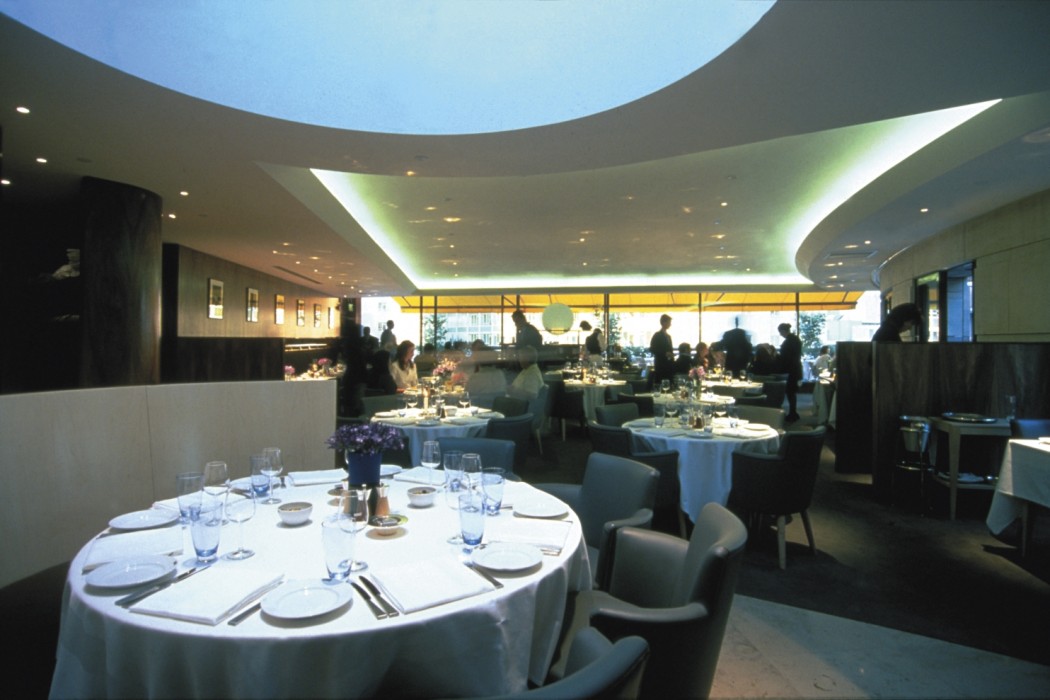 Some years ago, when I was a mere slip of a lad, I met up with an old friend outside the city-slicker terminal that is Bank Station. Pinstripe suit and Hermes tie-clad financial aficionados shuffled past me in neat rows, no doubt heading for a lazy lunch at one of the usual suspects.

When my friend Darren arrived, he was sporting his usual trader attire and informed me that there was a great restaurant nearby with London’s best view. It was a massive understatement. In the internal columns of the No.1 Poultry building is a small and unassuming glass elevator that takes you up the seven floors to Coq d’Argent, a French restaurant with serious gravitas. Sadly for Darren, he wouldn’t be with me when I reviewed the restaurant; he was merely the financial middle man.He kindly showed me the potential investment, its quarter-acre of rooftop garden, many years in residence, and the credentials of chef Mickael Weiss. He didn’t even get commission, poor banker (fetch me another white handkerchief lieutenant and ready the firing squad). I would luckily be dining with my partner, Tabitha. God knows how many times I have said ‘partner’ and seen a raised eyebrow or ten. I only prefer to say partner because I’m 30 and saying girlfriend when you should say fiancée also raises eyebrows. I’m not ‘left’ enough to say ‘life partner’ and be lumped in with the homeopathic medicine spivs: “Mr Robinson, I’m afraid it’s stage four limphoma, I have prescribed basil leaves and a piece of volcanic rock I secured myself in the Dodecanese. Good luck”. But anyway, as usual, I digress. Coq d’Argent’s location high above the city makes for an enviable location. Giant atlas stones mark out the triangular roof gardens with views south of the river. If you’re thinking of just taking a look, you can sit out on the circular terrace all year round and enjoy a French martini or ten. This time of year, the restaurant has an après heated terrace, complete with 80s onesies and music to boot. As this isn’t Eurovision, we’ll give the French style points. The restaurant is laden with strong toned wood and leather aplenty. The chairs are more dining room than restaurant, making well aware that you’ll be eating the Mediterranean way – and staying awhile. We decided to start with the obvious: oysters with a heavy dash of Tobasco, lemon and shallots. Devine. It’s been a long time since I exercised my Elizabeth-Taylor-sized, haute-cuisine appetite. Next, King’s caviar washed down with a stiff glass of champagne. It isn’t all 1920s elitism, of course. Tabitha had the cauliflower puree to start, which was wonderful. Presentation is on point, everything was chilled to perfection, and the waiting staff were attentive and interested without being sycophantic. Philippe bought us our second round of good burgundy from the heavily stocked cellar, whilst Manuel served the crackling pig on a bed of fondant potatoes and chorizo and fish and squid. The pork was well seasoned and had a good mix of textures with crackling that makes you tingle. Squid and fish of the day was my lady’s weapon of choice, all washed down with yet another bottle of great red. The wine selection at Coq d’Argent includes a Chateau Margot and Châteauneuf-du-Pape – two obvious but world class wines. That should give you an idea of the sommelier, Olivier Marie’s, passion for the place. As we whiled away the hours, we took in the atmosphere, watched clients entertained, birthdays celebrated and toasts made to all manner of success. If there is a financial downturn, Coq d’Argent isn’t aware of it. Paul Allen’s business card is still in the bowl, and Patrick Bateman’s Oliver Peoples glasses are well in place. Dessert consisted of a re-imagining of the humble Jaffa Cake. Don’t roll your eyes; it was delicious. We finished off the night with a Cohiba from the humidor, a good Armagnac, and our feet up.

It may be named Continental, but the new Bentley is unapologetically British. From the moment that W.O. Bentley’s brand new, three-litre engine roared into life, in his London-based New Street Mews workshops, sometime during October 1919, his dream, his passion “To build a good car, a fast car, the best in class” started coming to fruition. This innovative engine, designed by ex-Royal Flying Corps officer Clive Gallop, had four valves per cylinder, and lightweight aluminium pistons. It was good enough to power Douglas Hawkes’s car, in the 1922 Indianapolis 500 race, at an average speed of 80mph. The 1920s were a golden decade for Bentley. Ettore Bugatti, his greatest competitor…