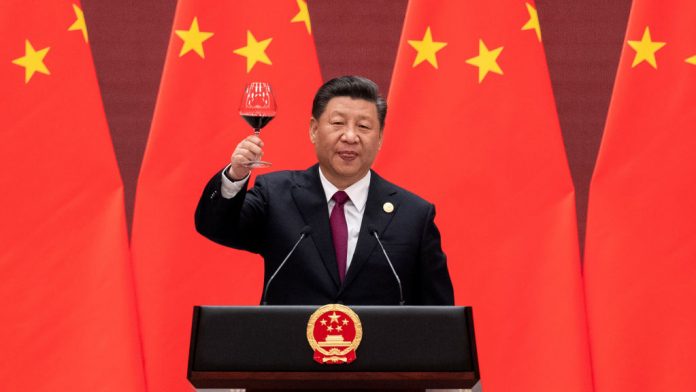 For the best part of the last 40 years, the Chinese economy has been exploding, growing by an average of 10% per year, with 800 million Chinese lifted out of poverty. Many commentators believe that the Chinese Communist Party (CCP) is behind this economic miracle and that Communist China will eventually surpass the United States as the world’s most powerful economy. Some even go so far as to claim that its authoritarian system of governance is a credible alternative to democracy. This narrative must be disputed, not least because it is patently a false one. The CCP are not the authors of the Chinese economic miracle, quite the contrary: the Chinese people lifted themselves out of poverty in spite of the authoritarianism they laboured under, not because of it. History shows that the less the CCP has interfered in the lives of the Chinese, the richer China has become as a consequence. As long as Xi Jingping, who is the CCP’s most authoritarian leader since Mao Zedong, remains in power then, the more the hard won gains of the Chinese people are under threat.

“In 1976,” American economist Steven Radelet writes, “Mao single-handedly and dramatically changed the direction of global poverty with one simple act: he died.” Mao had a stifling grip on China. Success in the ruling CCP was relative to how enthusiastic a given official’s obsequious praise and unyielding support of Mao was, not the merit of their ideas or their desire to improve China. As a consequence of all the fawning praise and unyielding support Mao surrounded himself with, he grew ever increasingly out of touch with the needs of his country and its people. He was confident that he could succeed in the impossible task of coordinating hundreds of millions of people. This had an absolutely disastrous impact upon China. During Mao’s so-called Great Leap Forward (1958-1962) and the Cultural Revolution (1966-1976), for example, between 18-65 million people starved to death or were murdered by the state.

Not offering sufficiently sycophantic praise to Mao was extremely dangerous. For example, in 1966, Mao sent then CCP luminary Deng Xiaoping, the man who would later become the leader most commentators credit as being the architect of China’s present economic success, to labour as a worker in a tractor factory. Deng’s son, meanwhile, was tortured by the Red Guards, who forced him to confess to being a counter-revolutionary and then flung him from the window of a three story building in Peking University, leaving him paraplegic as a consequence. Deng’s offence was that Mao suspected him of not being supportive enough of the collectivist agricultural and economic policies that led to so many deaths during the Great Leap Forward.

Contrary to Mao’s approach to ruling, there is a wealth of research to suggest that good leaders are not authoritarian, they diversify power across their organisations. A leader’s challenge, then, is allocating tasks according to strengths the leader does not have or, due to workload, cannot apply. Identifying the best path forward requires the free and frank exchange of ideas between subordinates and their leaders. Good leaders depend on the wisdom of the specialists they employ in order to offset their own shortcomings. One way they do this is by incentivising their subordinates to think of new ways to improve their organization; be it a tennis club, a multinational corporation or a country. The more arrogant, dependent upon praise and authoritarian a leader is, the worse off their organization will be as a consequence.

In China, Deng began the deliberate and systematic erosion of CCP authoritarianism. Beginning in 1977, following the death of Mao, under Deng’s guidance, the CCP began a process of liberalisation. Criticism of the Cultural Revolution, for example, was now permitted. State censorship remained, but within the party itself members could increasingly disagree and debate ideas. Meanwhile, Deng opened China up to foreign investment and the global economy. 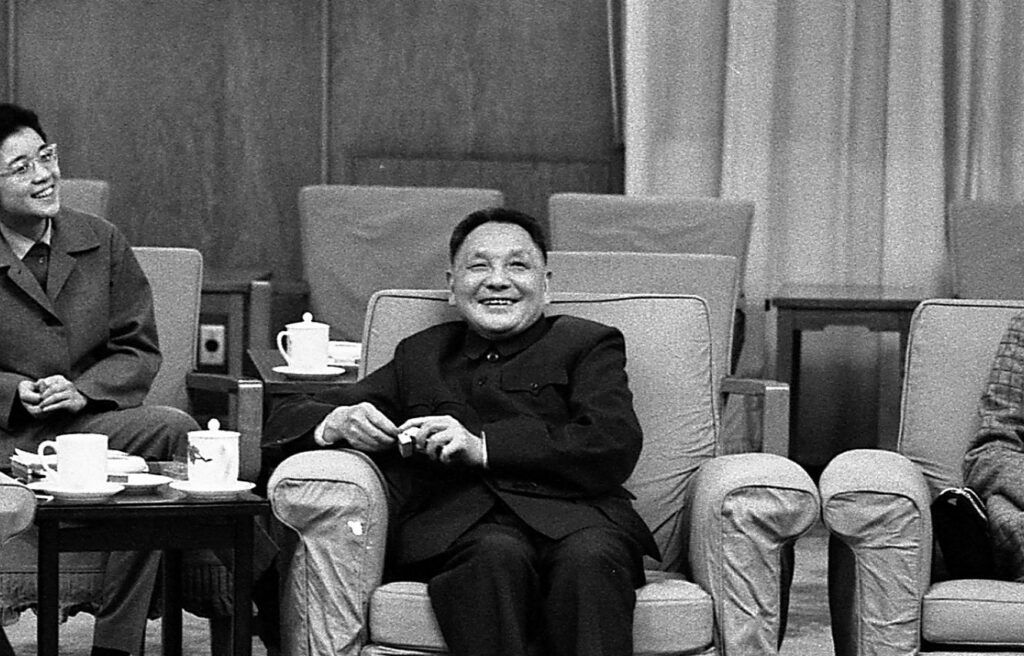 Deng divided power among the president, the premier and the politburo. Deng was by no means perfect—he ordered the Tiananmen Square Killings, for example—but no one in the CCP, Deng hoped, would ever have the kind of power that was once concentrated in the hands of Mao. During the 1980s-2000s, the CCP may have been repressive by Western liberal democratic standards, but as the freedoms the CCP afforded its citizens grew, so did the country’s wealth.

While Mao’s totalitarian planned economy led to famine, Deng’s market-based reforms meant that the Chinese people were less restricted. They were more able to manage their own affairs, as individuals, than Mao allowed. It was this relative lack of interference in the economy that enabled the Chinese people—as opposed to the CCP—to apply their cultural values of perseverance, endurance and efforts to improve their lives as individuals. 800 million people lifted themselves out of poverty. The economy boomed as a consequence.

Chinese immigrants and their descendants have achieved even more for themselves outside of China, which shows why the CCP cannot, in fairness, take the credit for the Chinese economic miracle. In America, for example, Chinese immigrants and their descendents outperform whites in spite of whatever structural barriers they may face. In Malaysia, where the descendents of Chinese immigrants are routinely and systematically discriminated against, they still outperform all other groups in terms of their economic contribution to that society. In the 20th and 21st centuries, the Chinese have achieved the economic miracle wherever they have gone. The only thing that has managed to hold the Chinese back during this period is CCP authoritarianism in China itself. 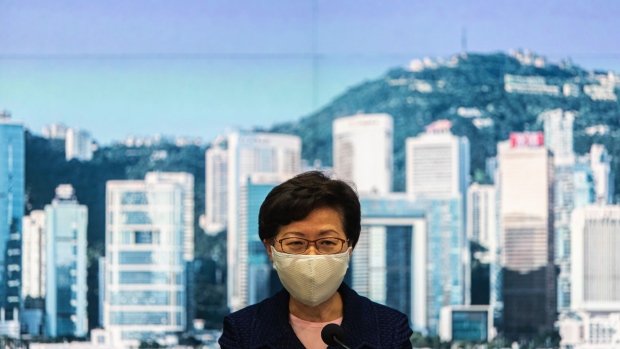 Among the greatest successes of the Chinese people, in recent history, has been Hong Kong. Hong Kong’s famous economic power throughout much of the 20th and early 21st century came as a consequence of the Chinese people operating within a free market economy with relatively little government intervention from Britain and from 1997, the CCP. In 2014, however, things began to change. By demanding to pre-screen candidates for the democratically elected position of Chief Executive of Hong Kong, the CCP made its first significant attempt to undermine the democracy it promised to Hong Kong under the terms of the “One country, two systems” agreement. Six years later, in mid 2020, criticism of CCP policy in Hong Kong is now a criminal offence, punishable by extradition to mainland China and life in prison there. The former British colony now finds itself entirely at the mercy of resurgent CCP authoritarianism. The economy continues to nosedive as a consequence.

In mainland China, the decline in CCP authoritarianism ended in 2012 when Xi Jinping assumed control. In the name of ending corruption and returning China to preeminence, Xi has assumed direct control of all aspects of the party, military and state apparatus. He has made himself “chairman of everything” and targeted 1.34 million officials and 170 leaders of the CCP for purging. He has abolished the term limit on his own position, making it possible for him to remain leader for life and enshrined himself into the CCP constitution. As under Mao, CCP officials are no longer valued for their ideas and effort but rather their sycophancy. Wang Guosheng, Qinghai’s Communist Party boss, for example, recently praised Xi as a “living Bodhisattva”. In the 20th century, the biggest impediment to the success of the Chinese people was Mao. In the 21st century, Xi is beginning to look a lot like the founding father of the People’s Republic of China. Power in China is devolving away from the Chinese people and back towards a leader who is imposing himself upon them. If Chinese history is anything to go by, this will not end well for China.

Burke is a seasoned academic more at home in the debating society than as the occasional journalist. His interests include snowboarding, cigars, drinking too much whisky, international affairs and debating the woke folk online.