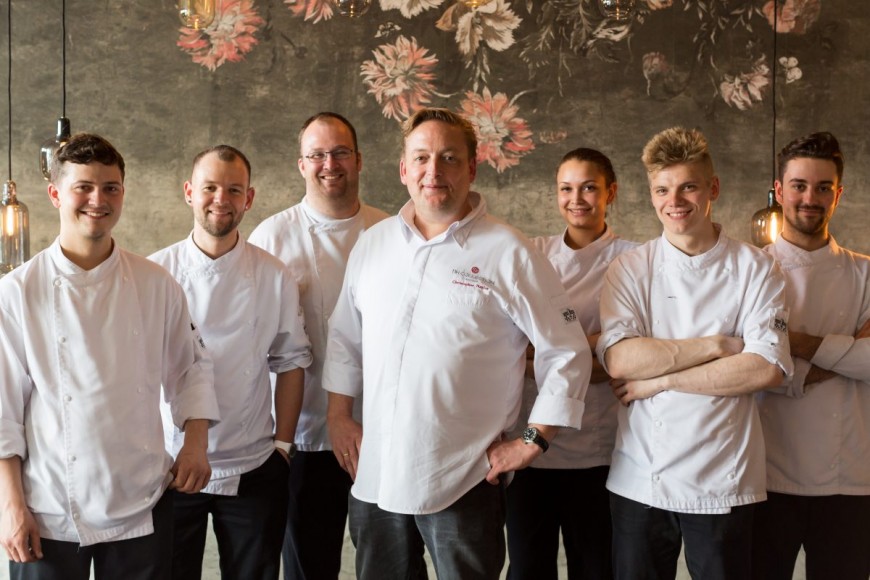 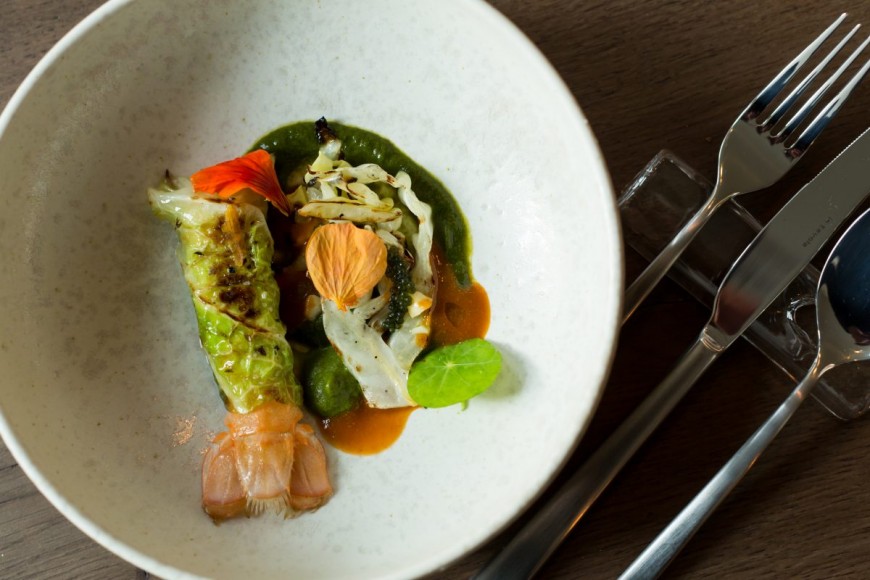 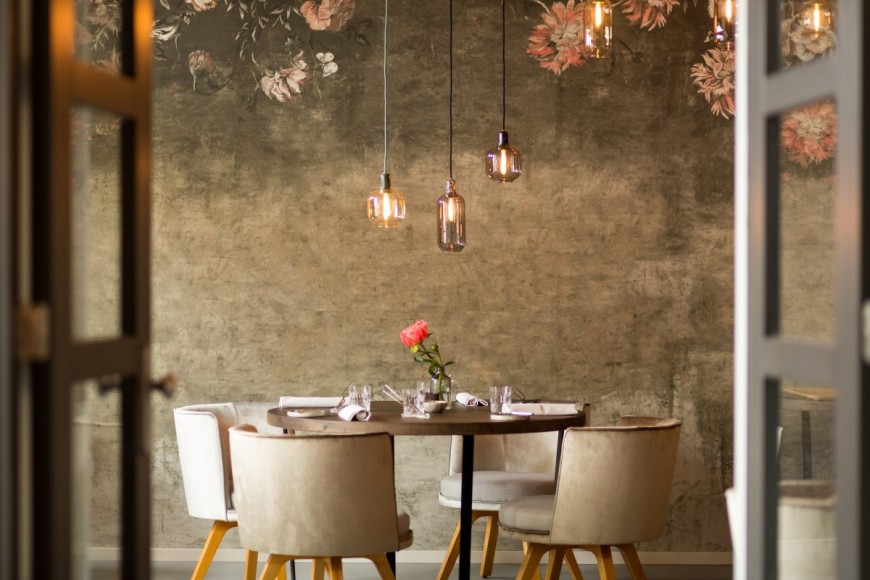 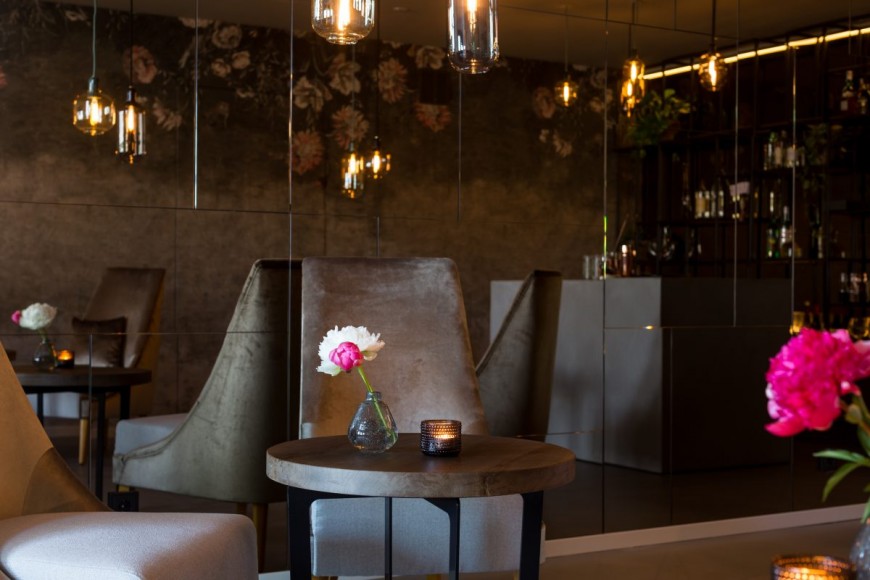 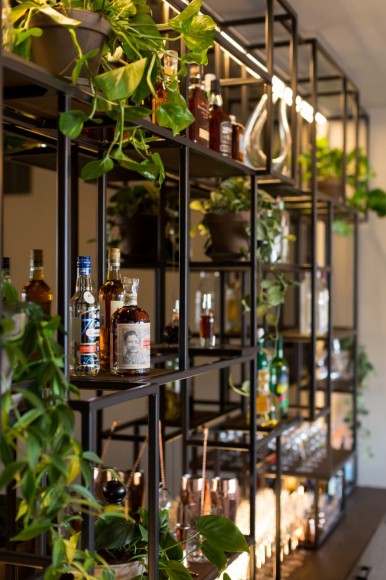 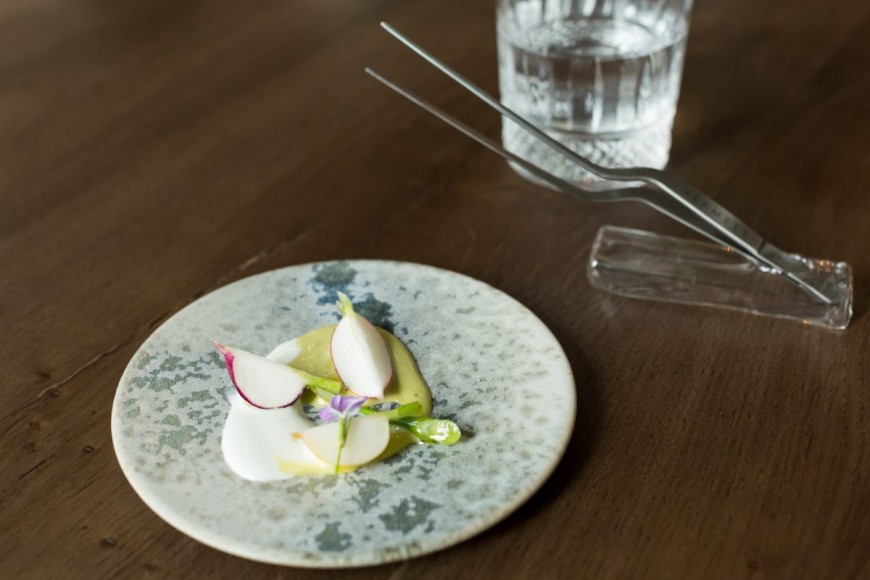 As we strolled around the Gallery of Honour, the heart of the Rijksmuseum, it was not without amusement that my mother listened to my thoughts, or rather criticisms, of the revere in which Vermeer is held by the Dutch people. Boring was my general complaint. She asked, not unreasonably, why if I held Vermeer in so little esteem had I decided to reserve a table at a restaurant whose namesake was that very artist. I raised my eyebrows in responseand my mother replied by informing me that I was ‘completely wrong about Vermeer, by the way’. But then she would say that. She is, after all, Dutch.

The interior of Restaurant Vermeer matches soft, muted greys with a now typical copper pairing and the effect is warm and inviting. As my mother and I settled at the bar, the question again arose—why Restaurant Vermeer? Well, Executive Chef Chris Naylor was awarded a Michelin star, I replied, but with little enthusiasm as what does that really mean these days? The truth was that when perusing the various restaurants that Amsterdam had to offer, I based my choice of reservation on one thing: fallow deer. I did not want to inform my mother that I had broken a substantial rule of dining out, which is to never base your future happiness on one dish. To do so is just asking for trouble. Not least because there was no guarantee that I would get fallow deer; at Vermeer there is no menu, but instead a produce list detailing the seasonal ingredients that may be used that evening.

We chose to have six courses and this brought with it a considerable number of amuse-bouche; enough for it to get confusing about what was a course and what was not. I must confess to often being let down by the amuse-bouche, this being an area where regularly the result falls flat. An amuse-bouche of potato foam and oriental granola was forgettable, so much so that I only remembered that I had eaten it when Vermeer kindly emailed me details of the courses a week later. For the most part, however, Vermeer did the opposite, taking the common and simple, but executing it very well. The ‘ordinary’ to which refer is the bouillon. If you don’t enjoy bouillon, then Vermeer is probably not the place for you—but you would be missing out. The highlight, a carrot and argan oil bouillon with Jerusalem artichoke ravioli, was uncomplicated perfection.

Three courses were not what I would call innovative, but I did not get the impression that they were trying to be. Instead, it’s a celebration of Dutch locality: mackerel prepared three ways (including a bouillon) zander (with a dahi beef bouillon); and barbequed pear in almond sauce. Courses modestly done to allow respect for the produce. They show attention and care, and are worthy of more credit than is perhaps usually afforded to them.

The scallop course appears to be the instagrammer’s favourite; one must break through warm bread to open the shell. It sounds gimmicky, but it’s not. I was a little quick at breaking the bread and was just about to cut into the scallop when I heard a ‘wait!’ and Maître D’ Bjorn van Aalst arrived to pour a celery reduction. This would usually horrify me, being a fan of eating scallops raw and fresh off the Scottish sea bed, but it worked, and the course was faultless.

As we waited for the next course, there appeared to be more people around our table than during previous courses, notably the chef, and I got the sense that everyone was proud of what was to come—the hallowed fallow deer from Amsterdam’s waterleidingduinen. I felt proud as well, as if congratulating myself for having made the right decision, even though the deer had not yet arrived at the table. It is with a certain degree of smugness (and that really is the right word) that I inform you that Restaurant Vermeer did not disappoint. The accompaniment, a simple vegetable cous cous, was overshadowed by focus on the game. It has been a long time since I’ve been served game of such calibre. Justifiable proudness. Flawless fallow.

After an agreeable digestion period (it matters), the Dutch cheese supplement followed and we were advised by sommelier Simon Veldman (who is a joy and warrants special mention) as he refreshed us with two glasses apiece. ‘Eat the five cheeses in a clockwise order: three cheeses for the first wine, the final two with the second’. He was very clear, one must finish the first wine before touching the second. ‘You cannot go back’, he says, and for good reason. It’s the strongest stuff of the night, drinkable, but I was suffering. I liked Veldman , and so wanting to enjoy it, I attempted to persevere. He did not support these attempts and a replacement of golden port arrived making me like him even more.

Things were going superbly, so it was not without excitement that we awaited the evening’s desserts. Unfortunately, I could not help feeling let down. The apple caramelised chicory was good, and apple is usually a principal of Dutch cuisine, but I was expecting something more—a sharpness or tartness, a flash of De Stijl perhaps, anything that wasn’t cream, custard, caramel or honey to follow a cheese course.

Is there now a Vermeer to be revered? It was more Rijksmuseum than Stedelijk in concept, but that’s not a bad thing. I’ve frequently referred to its simplicity, but such language is not to be equated with boring. Throughout the evening, I never wished to be anywhere else. The food, the staff, the wine and the surroundings made me feel content, cared for and well-fed. The fallow deer – the unquestionable Dutch master of the evening—was supported by courses further celebrating Dutch locality and deserving appreciation.

Gezellig, the Dutch would say. And highly recommended says I.

For groups of nine or more persons please make use of privatedining.vermeer@nh-hotels.com.

Given the form it takes today, it’s hard to envision that The Yacht Week once started out as a small collection of university friends, bound by their appetite for adventure. It wasn’t conceived as a commercial venture, but as a means of indulging their love of exploring and desire to unite like-minded individuals through the medium of sailing.