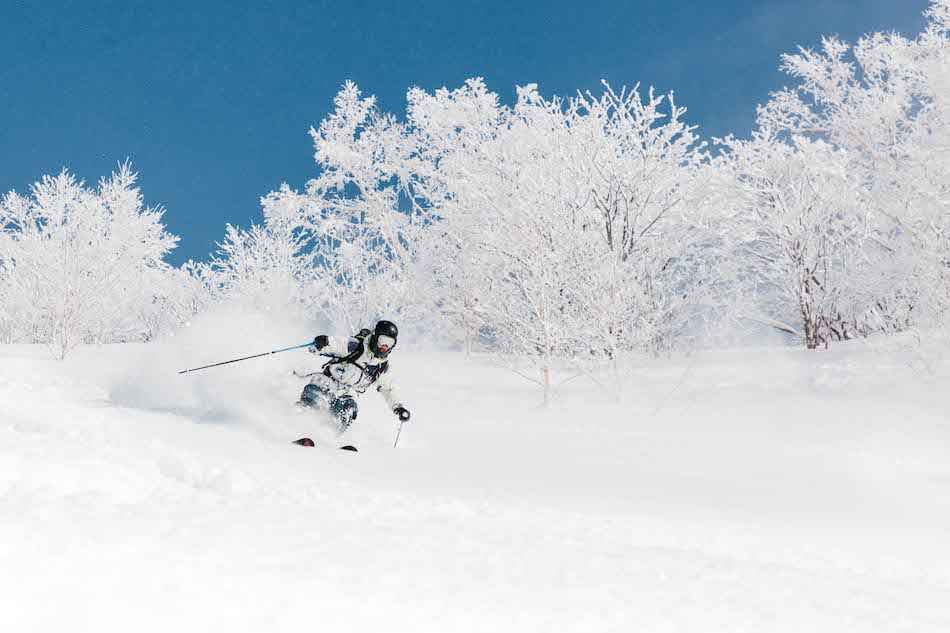 For many of us, stepping into the unknown off-piste from the safety of your chopper is about as surreal as a trip into the mountains can get. For the real mountain mavericks, road tripping around the alps and onto North America, Canada, Chile, Argentina and New Zealand are part of an annual pilgrimage chasing winter. If you crave the deepest powder and want a genuine cultural switch up, Japan has over 600 resorts and boasts over 600 inches of super light and extraordinarily dry pow every season.

We recommend the first quarter of the year with “Japanuaray” in full swing for seasonaires. Though between March and April you’ll find similar conditions to that of North America. You’re not going to find as frequent dumps of fresh snow but you’re more likely to get bluebird skies and warmer conditions. Push that departure to April and you’ll land in time for the cherry blossoms which bloom island-wide.

On Hokkaido, the mountain ranges are well known for their frequent dumps of fresh snow. This consistent onslaught of fine powder comes from the cold winds of Siberia that build moisture as they cross the Sea of Japan before blanketing the Japanese Islands.

READ THE FEATURE HERE IN THE ALPINE EDITION

Japan’s northernmost island plays host to Higashiyama, Niseko Village at the base of Mount Yotei. This Ritz-Carlton Reserve property opened in December 2020 and is YTL’s first opening in Japan. It’s a smart location for the brand given the 2191 acres of skiable terrain, variety of Michelin starred restaurants and the fact that it will host some of the 2030 Winter Olympics most iconic events.

The property has 50 rooms, all designed with swathes of latticed dark wood elements and floor-to-ceiling windows to enjoy the captivating views of snow-capped Mount Yotei. Kachou Fuugetsu, the philosophy of discovering oneself through nature, is at the core of the resort experience. Two restaurants Yukibana and Sushi Nagi offer seasonally inspired menus based on the Japanese culinary practice of shun. You’ll also find a traditional Japanese onsen on site to take in Niseko’s natural underground hot springs. 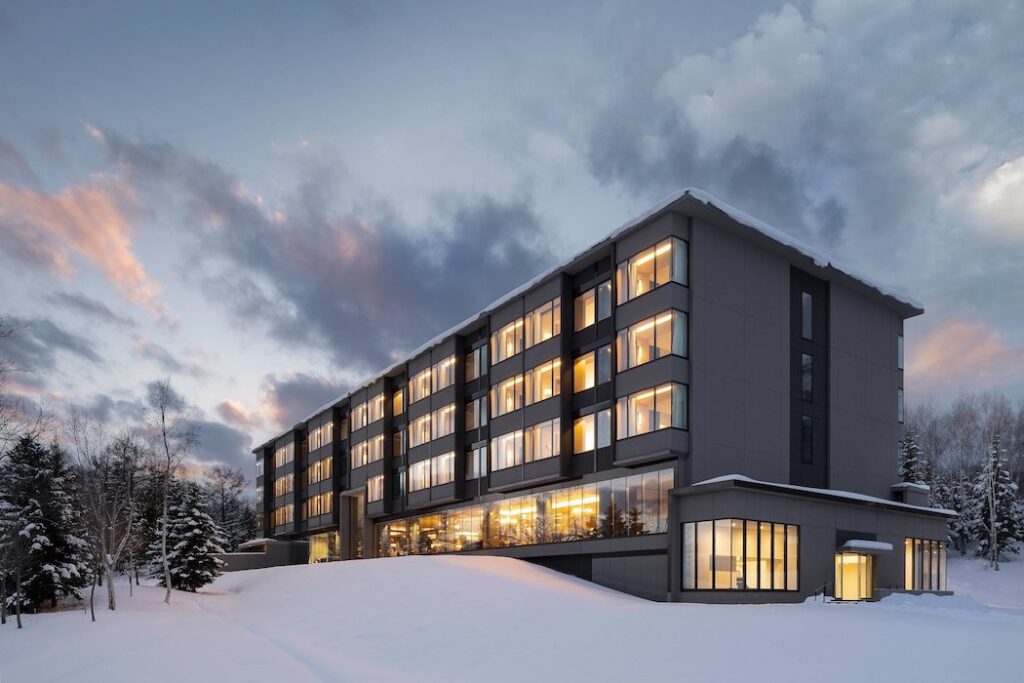 If this is your first time visiting the region or resort, we recommend taking a backcountry guided tour to get your bearings. Hokkaido Powder Guides have been working in the region for fourteen seasons and will happily lead a group of advanced skiers out into fields of endless powder. Stamina should be secured in advance of course. If you’re looking for something more serene, you can take a snowcat up the mountain before the lifts open for breakfast followed by clear runs down the mountain. Regardless, if this is your first time skiing in Japan, take a guide. When you’ve travelled that far, every run counts and you don’t want to be saddled with a piste map for a week trying to memorise the home run.

If you’re looking for apres the Higashiyama is designed to cater to all your needs but if you are fresh off the slopes in Grand Hirafu, generally considered the main area for nightlife and dining, try Wagyu BBQ.

If you’re looking to arrive in Tokyo and not take a connecting flight to Sapporo, you’ll find Hakuba in the Japanese Alps a short Bullet train ride away. It might be terribly cliche but the thought of landing in Tokyo and taking the bullet train at over 200mph to Nagano is about our speed. The car journey will take you three hours, the train one hour and fifteen minutes so it’s a relative no brainer. Once at Nagano, the home of the 1998 winter Olympics, you can take a transfer the last hour west to Hakuba. Though the smart money takes a helicopter transfer the last 80 minutes from Tokyo at a rather reasonable rate arranged through The Hakuba Company. 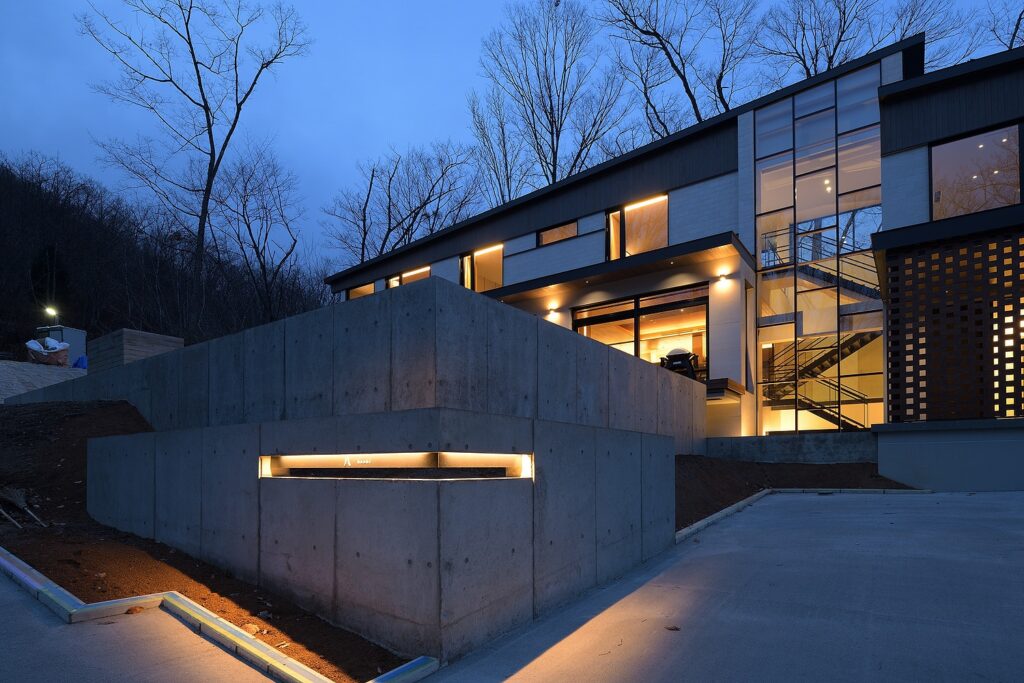 In the Nagano prefecture, Hakuba is one of Japan’s top winter resorts stretching over the three municipalities of Omachi city, Hakuba Village and Otari village. With Olympic hosting heritage comes investment and footfall and so Hakuba comprises 10 ski resorts that run north to south entrenched in the foothills of the Hida Mountains. Whilst the valley is considered to be the largest ski area, only a handful of its resorts are connected. Much like Chamonix, they are a short 5-20 minute drive away though, meaning you can still explore multiple mountain ranges. It’s worth making the trip to the 100+ lifts accessing 200+ runs. There is a reason it’s played host to the Free Ride World Tour.

Ever since British mountaineer Walter Weston visited Hakuba in 1894, It became an essential location for any alpinist. The region’s ski scene became popular in the Hakuba Mountain during the Taisho era (1912–1926), with the first lift system setup in 1952.

If you’re a beginner, you’ll want to head to the Sakka ski area where the runs are gentle and the slopes wide. Should you have already established your on-piste pedigree, you might want to try the more challenging terrain at the Kokusai 3 and Panorama lifts higher up the mountain. You’ll find a vast network of red runs that combine gradual slopes and steep sections. 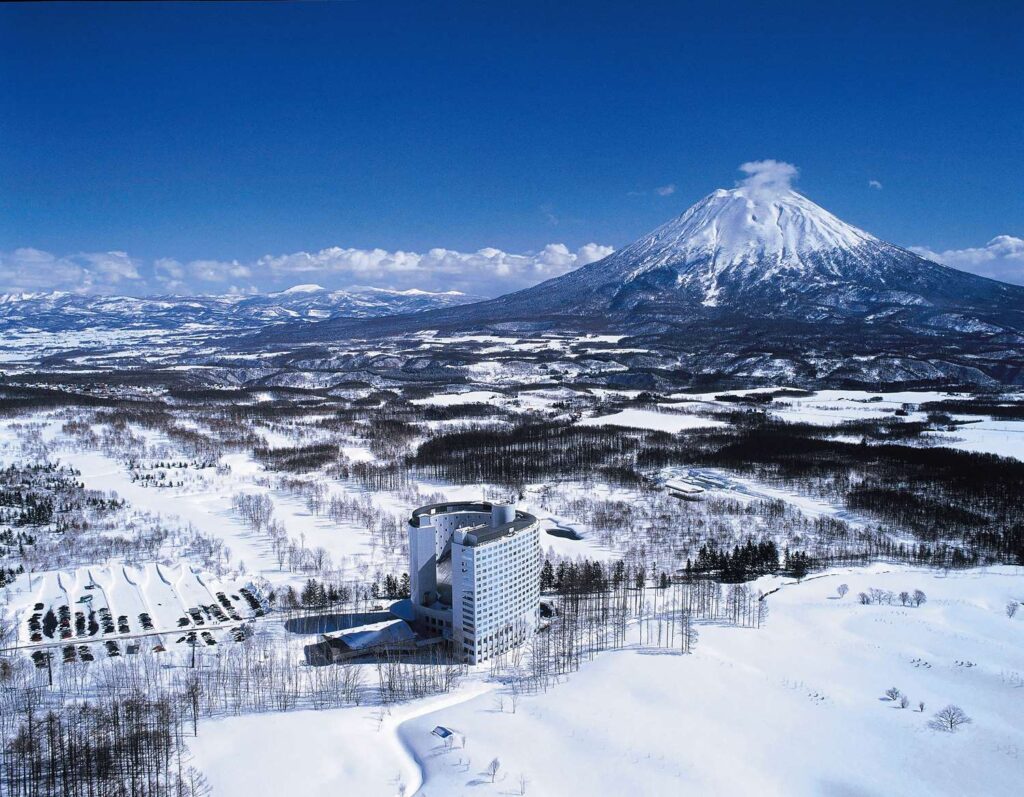 If you’re seasoned and have greased yourself into your racing gear, the Riesen Grat Course and the Riesen Slalom Course offer a non-stop top to bottom route to the base area of Nakiyama. Olympic Course 1 and 2 are also a must-hit for anyone looking to test their metal but perhaps build-up to these runs. It’s a long way to travel to be medevaced off the mountain.

In terms of off-piste and backcountry, you can find powder bliss within the ski area of Happo One. Follow the route up the Skyline 2 lift and then the Kurobishi 3 lift to the top of the off-piste zone. Avalanche control is no joke with the sheer amount of powder the region gets so take a guide, take avalanche gear and, at the very least, go with an experienced group.

One element missed in Europe that Japan really embraces is night skiing. The Nakiyama 2 remains open after dark for those wanting to get in some more practice. It’s a short run and, of course, the temperature plummets. But for those who want to cruise down the slopes alone with the towns and villages lit up across the valley before them, it’s a great way to spend an evening. Not to mention the famous snow monkey park.

If you’re already online looking for a flight broker, you’ll need suitable digs for the occasion. The Hakuba Company has Mountain Side Hakuba, a range of three bedroom spacious apartments in front of the Happo Kokusai ski lift. Looking to bring a larger group, Nivia is a three-bedroom chalet that can host up to ten guests in the Wadano district. Hachi, a new property at the Hakuba Happo Sakki ski slope, accommodates 14, and has both a Yamaha grand piano and traditional Japanese tatami room.

The grandfather of the segment is the Land Rover Range Rover. Not the Range Rover Sport, not the Velar, not even the Discovery. The full fat, bonnet at shoulder height, wafting armchair that is the Range Rover.