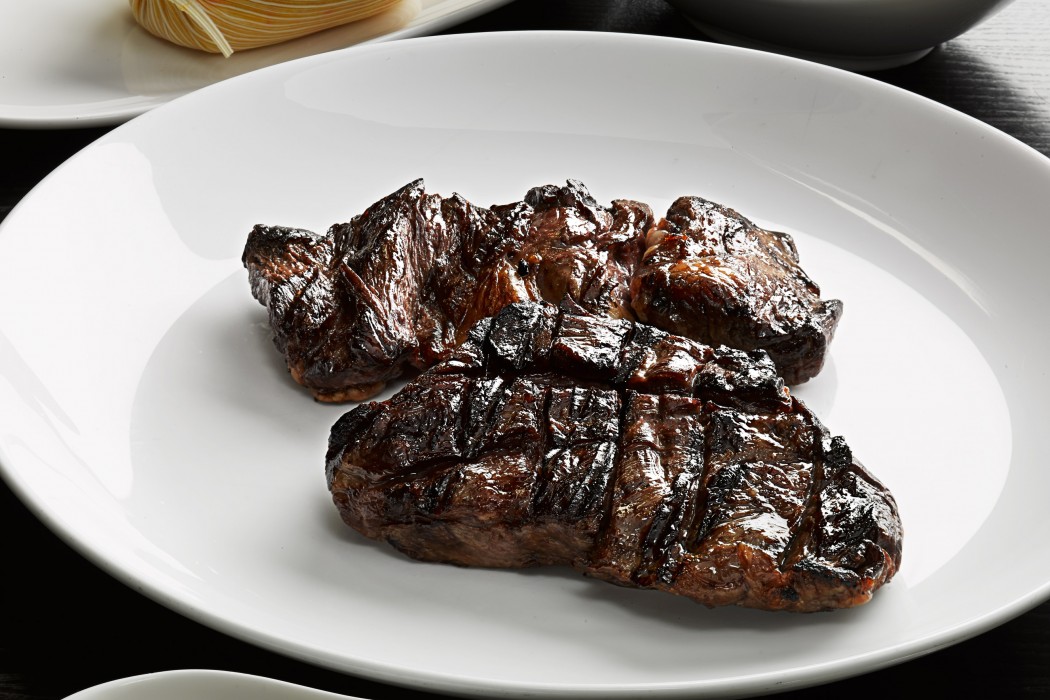 I think that, sadly, it might be time to get off my soapbox. I have pontificated over the health benefits of red meat for some months now and perhaps my electoral candidate sermonising is becoming tiresome to our weary readership. Well, tough I say to the honourable gentleman (waves countryside alliance membership card in the air).

Having returned some months ago from a central London restaurant review, I decided to do the unthinkable; I posted some snaps of my meal on a social networking site. Remember when you used to take a photo of your food, get it developed, wait 48 hours, pick up the snaps, then go to your friends’ homes to show them… NO. There was a time when food was simply consumed and not interrupted by people asking you to put your fork down so they could take a shot. I, myself, take shots of well-laid plates and drinks only occasionally for the benefit of the magazine, but subtly, in the hope that absolutely no one notices. The flash is always off, and on the one occasion that I accidentally took a picture with it switched on, it may as well have been a nuclear test blast. Of course, I stood up, apologised to my fellow diners and immediately drowned myself in the Thames.

My gripe with people illuminating my plate in small restaurants aside, the post I put up had comments ranging from ‘You lucky bastard’ to simply ‘Nice’. However, one person did comment and mentioned that, if I was in central London and doing a restaurant review, I owed it to the readership to try Gaucho. I asked where it was. “There are loads,” James replied. Well, actually there are fifteen, which means it is either so successful that it needs city-wide coverage, or it is that most gruesome of establishments – a chain.

To be a restaurant reviewer, you need to be able to disguise the pitiable gaps in your gastronomic knowledge by the copious use of cheap jokes and gratuitous insults. In my opinion, you also need a dining partner, otherwise you run the risk of sitting in a restaurant alone. I don’t care what the retro kids say, it isn’t cool. The bastion of intelligence that is WikiHow suggests that your spinster meal for one can be revelled in by ‘enjoying your meal’ and ‘people-watching’. Well then, we’re set, I will just make sure that whatever I eat I enjoy, regardless, whilst manically staring at the couple on their first date adjacent to me.

Luckily, I did have company that night – my beautiful girlfriend – the downside being that she was 45 minutes late and smelt like a pissed seaside donkey. She also had the balance of a four-year-old, given her intoxication. No matter, I thought. I had starved myself all day in preparation for this meal, so would persevere by dragging her onto the tube and into the restaurant at Tower Bridge. After all, it was in the heart of City-boy country; the home of the functioning alcoholic.

Gaucho Tower Bridge is on South Bank and has views of Tower Bridge and the Tower of London. The styling of the restaurant is my idea of a perfect venue; it feels like a modern steak restaurant. It’s masculine and dark, without making you feel that you’re in a butcher’s fifty-shades-of-grey pastiche.

We started off with drinks at the bar. As we were 45 minutes late, I had called ahead to move the reservation, of course. The Gaucho Bloody Mary is a formidable beverage. More like a Gazpacho Mary, it hit the palate like a bullfighter. Despite my partner not being a huge Bloody Mary fan, she insisted on a sip, didn’t like it, waited twenty minutes, then repeated.

It was highly likely that we were deliberately given the veteran waitress, Renata. I have no idea why she wasn’t running the place (probably because middle management isn’t fun and the tips are pitiful). She guided us through the wine menu and suggested a punchy Argentinean red, and then helped me decide if I had the minerals to tackle the steak selection. My partner had sobered a little, but was in no position to eat a steak, so opted for the risotto. This rendered her opinion on anything during the meal null and void. I thought the fellow diners would think her a vegetarian and suggest a lynching, but luckily there would be no retribution for the Falklands today.

The sausage platter arrived, by which point my nil by mouth approach was starting to grate. A board arrived with Argentine chorizo, chorizo picante, pinches and mozilla sausage. It was something else: succulent and well spiced. ‘Meaty’ is the term I would use, but I agree, it doesn’t do the dish a morsel of justice.

With the sausage selection put away, I realised that the steak platter would soon be making its way to the table. Had I made a grave mistake? Would the sausage platter take a back seat and allow the gastric gape needed for the steak to sit comfortably in my already bulbous stomach?

The Gaucho sampling platter arrived: a cut of chorizo, vacío and entraña fina. I think I had ten seconds to take a picture before diving in wholeheartedly. James was right: they certainly know how to cook a steak.

All the Gaucho beef comes from Argentina. The cattle is only fed on the rich pampas of carefully-selected farms. Well-marbled, seared on the edges to ensure a caramel effect, but never burnt. As I had been concerned for my stomach prior to ordering, Renata had kindly brought out the cuts of beef to show me. This is as close to cow pornography as I wish to go.

We decided to skip dessert, as there didn’t appear to be anything on the menu containing meat. Such was my marathon meat romance, I honestly didn’t have the space. The steak at Gaucho Tower Bridge was seraphic, the interior manly and brooding (not unlike myself), and the service silver-level and first-class. Thank god there are fourteen more for me to make my way through next year.

The 136 metre custom motor yacht ‘SHU’ has completed her trials in the North Sea off the coast of Germany during Q1 and Q2 and will be delivered on time this coming Autumn. With a beam of 20.6 metres she is still the largest order due for delivery in 2018. Imperial Yachts is responsible for supervising the built project and have brought with them their vast experience and knowledge. “Project SHU represents a major milestone for Imperial.” says Julia Stewart, Director at Imperial Yachts. “Being involved in impressive superyacht projects like these show our capacity and experience in superyacht and megayacht management, with regular deliveries of 80m+ projects supervised and…