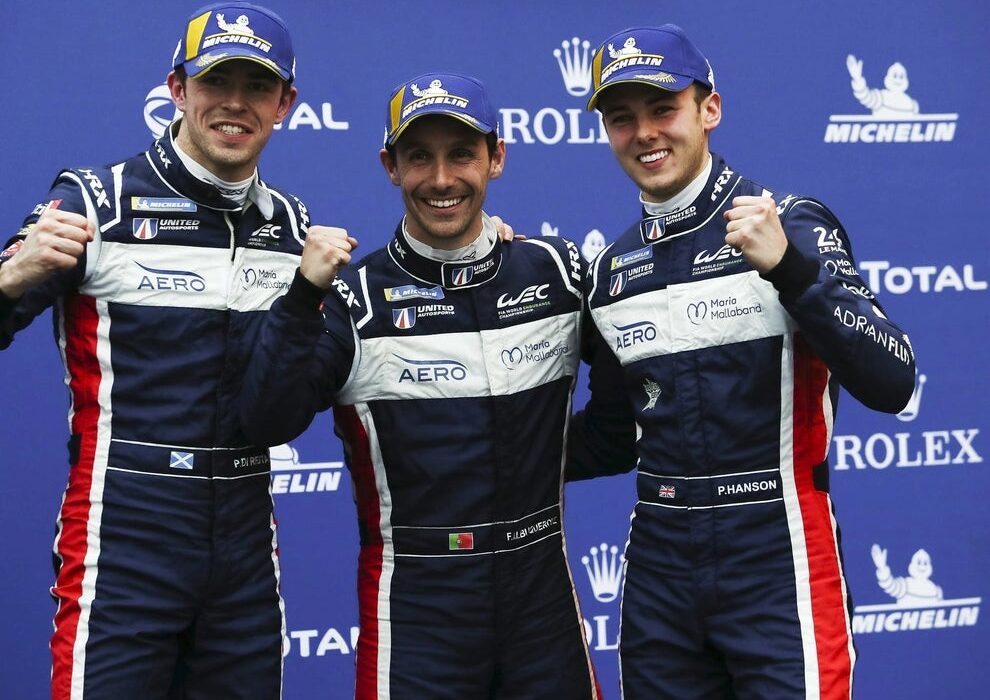 Phil Hanson, Asian Le Mans Series Champion in 2016, youngest overall Le Mans 24 Hour racer in 2017, débuted at Daytona in 2018. I’m not sure what Hanson achieved in 2019, presumably turning water into wine. But in 2020, in a year so tumultuous that governments fell, Hanson has taken the holy grail of motorsport. A win at Le Mans in the LMP2 series. What’s next, stigmata?

By 20 years of age, Alexander the Great had begun expanding his domain and conquered lands from Greece to India. Lawrence Bragg won the Nobel Prize at 25, and Alexander Hamilton was Washington’s aide-de-camp by 22. Motor racing is famed for its ever-younger roster, year on year. Kalle Rovanperä, Tom Cave, each year the faces get younger as each motorsport dynasty welcomes its latest competitors.

At 20, Phil Hanson has achieved what many believe to be one of the most prestigious automobile races in the world. That’s an incredible feat, when you consider this isn’t even his first race at Circuit de la Sarthe. Hanson has already competed twice. In 2017, he became the youngest person to finish the race in eleventh place. Hanson had only been racing for three years. Put plainly: Hanson is a savant. His teammates have included Lando Norris, Fernando Alonso, Karun Chandhok and Paul di Resta. So, as the flashbulbs strobe, the fans bellow and bawl and the grey press pack start their all too familiar march, I sat down with Hanson at Soho Farmhouse to see how a 20-year-old approaches life after Le Mans. 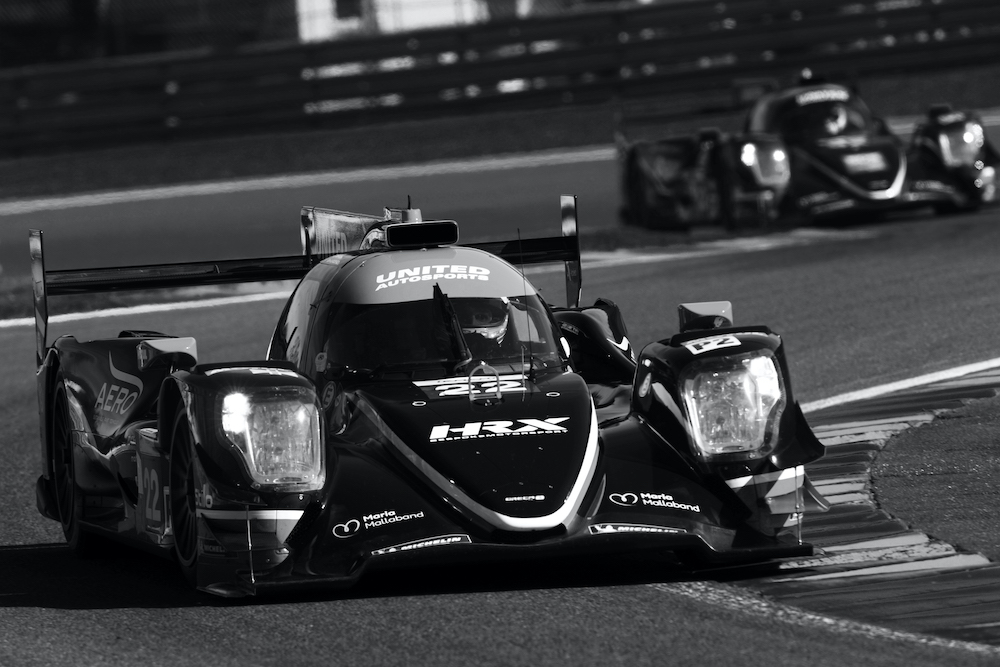 The physical demands of any professional race are demanding. What does the training regime of a 21-year-old racing driver consist of? Do you practice all night races?

When talking about training, there’s  a whole host of things that go into my fitness regime. It’s an ever-evolving program that ultimately aims on making me as strong as possible, without bulking up with unnecessary weight and maintaining a high level of cardiovascular intensity. I know that there’s a lot that falls under those categories – so in a nutshell, I work hard. No session is wasted across the year in between races, working 3 days on and 1 day active off.

We know the physical and mental benefits of approaching any competition with a clear head. Aside from fitness and training, what do you do with your downtime?

At the moment, there isn’t much to do besides training . Christmas movies and festive things, such as building a gingerbread house, were the highlight of last week. I think now is a time to rewind on the year that has gone by, which personally was great in terms of the results. But I look back on the mistakes I’ve made throughout and I’m already thinking towards next year to hit the ground running.

First car, a second hand 235i. It was an absolute dream; a real pocket rocket. I think we had bought it before I had passed my test, which was before I was 17. I actually took my theory and practical on my seventeenth birthday. I had been counting down the days wishing my life away until I could take my test, only to fail and resit two weeks later. Taking my test on my birthday also wasn’t a walk in the park, as you can only book your practical once you’ve passed your theory. This meant that, when I passed my theory that morning, I spent the next few hours on hold to a call centre, as a lady checked all the cancellations that day to find me an available test in Yorkshire – a short, 3-hour train journey from my house in Berkshire. After all that, I failed. But 4 years later, I’ve sold my BMW m4, which I’ve had for the last 3 years, and I now have a Mercedes C63, which I am pleasantly surprised with. 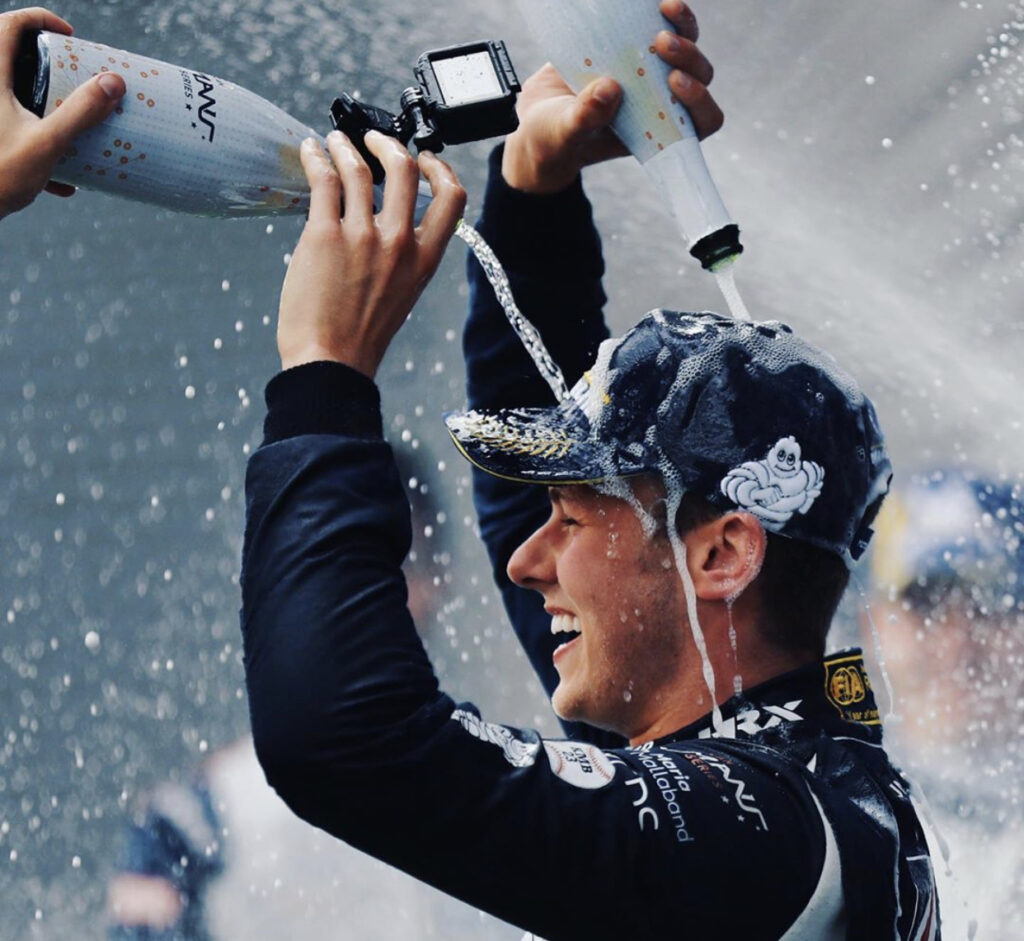 Aside from strapping yourself into a racing car for 24 hours, what causes you stress and what takes the edge off?

Normal things cause me stress.I can’t put it down to a few things in particular without sounding like a maniac if I say running out of milk in the mornings for my cereal causes me stress. But anything that upsets the day. In terms of how I calm down from raging over an empty milk bottle and realising the blame probably lies with the person who put it back in the fridge empty – me – I would distress by taking my mind off it. Although my stress on a day-to-day obviously isn’t solely milk related, I would say more serious stress comes from not being able to think clearly and having too many things going on to not be able to see a rational answer, to which a workout never disappoints in clearing my thoughts. Nothing clears your mind quite like taking counting your intervals down, one by one, when you realise you’re only halfway through.

It’s been a tough year for pretty much everyone, everywhere. How have you weathered the storm, with races being cancelled and events rescheduled?

I’ve taken it as it comes. The biggest stress has been making sure I was testing negative and keeping my distance from people. The last thing I would want is to have tested positive and be forced to forfeit a race, especially with the season having gone the way it had. 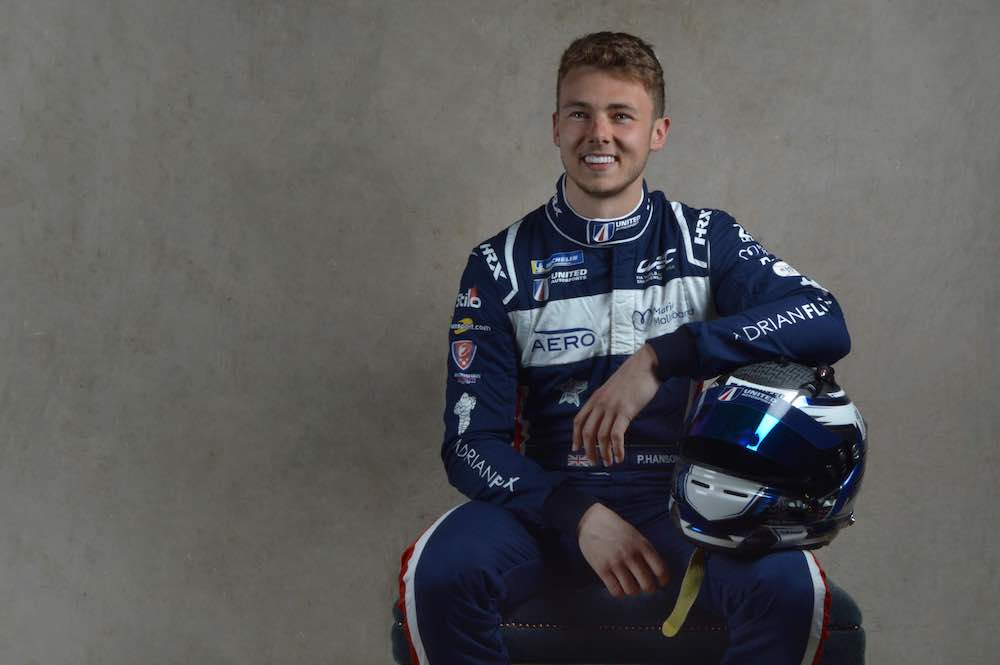 You’ve had a lot of momentum this year, all things considered. In the nine races you entered in 2020 you won six, finished on podium twice, and were only outside the top three once. Why do you think this year’s been so successful?

I don’t believe there is much of a substitute for hard work. Quite often the success at the track doesn’t speak for the work that has been put in behind the scenes in the gym preparing physically and mentally, or in the workshop by the team whose workload never lessens. It’s quite easy to forget how much of motorsport is actually a team game, and surrounding myself with individuals and a team like United, who are equally or even more passionate to win as me is never a bad way to start.

Can you talk a little about the prep that went into this year’s Le Mans 24-hour, given you began racing the event at 17 and finished ninth in LMP2 and eleventh overall at 17.

The prep that went in for this year’s Le Mans has been a process of growth by everyone in the team and myself from when I debuted at Le Mans in 2017, to my debut with United in 2018. Right the way through to 2020, it has been about growth, year on year. I don’t think this year’s preparation has been significantly different, I just believe that everyone, most of all me, has been learning, and that’s why the results have come all at once.

What’s going through your head when you take the chequered flag after that much training and anticipation?

Initially, it was a relief. It was a moment where I thought there isn’t another lap or straight to go. That’s it,  it’s all over. It felt like, at that point, no one could take it away from me. 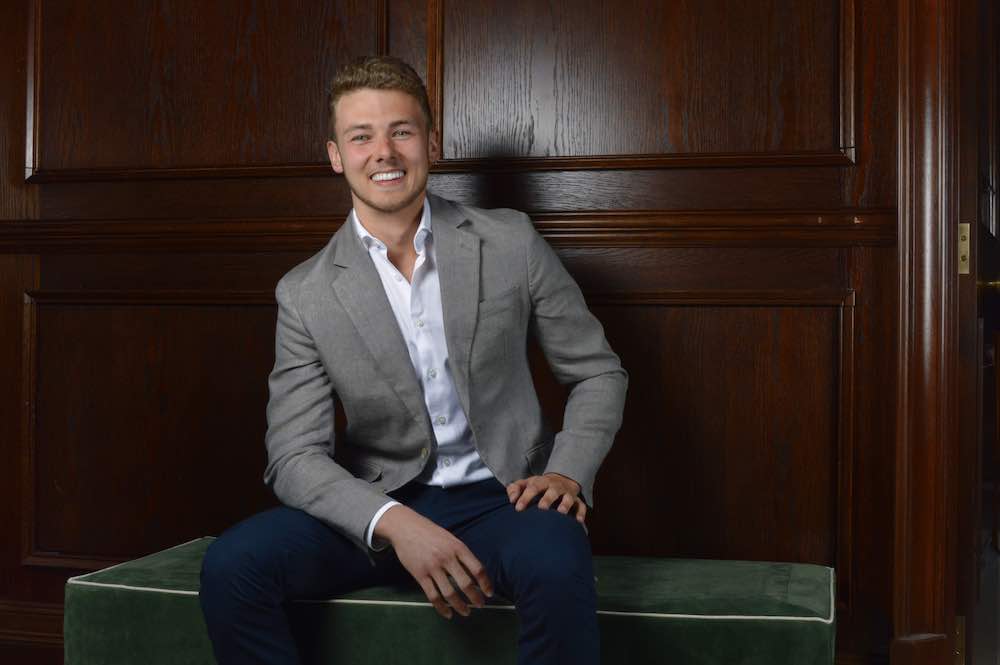 Where were you when you were told the event was being delayed for 2020?

I think I was at home during early lockdown. Amongst all the uncertainty, it was really amazing that the ACO and FIA, who organise Le Mans, were able to predict a date month in advance when there was so much changing by the day at that point.

Going into 2021 as a gold-grade driver, it almost spells the end of the holy trinity you formed with Albuquerque and Di Resta. We presume there are no formal plans in that respect as of yet?

By the time this comes out, I think I will have announced to continue on with United in WEC which includes Le Mans alongside Filipe and a silver called Fabio, who although is new to LMPs is not new to endurance racing and the heights of motorsport. I’m very excited about what next year has in store for us.

We understand that your father wasn’t able to attend the race due to Covid. Surely one reason to take the title again?

Exactly, a very good reason. However, I don’t need much of an excuse to drive me into next year. There is, after all, only one goal in mind.

What’s next for Phil Hanson?

The same again next year would be pretty special. In terms of the near future, a drive in the top class of WEC whether that be the Hypercar or LMDH. I don’t mind – but I hope I’m in the hunt for a seat in a competitive programme in the coming years.

It wasn’t until Stacia Suttles turned 19 and stepped into a boxing ring for the first time, that the amateur fighter realised she was exceptionally gifted in the combat sport.