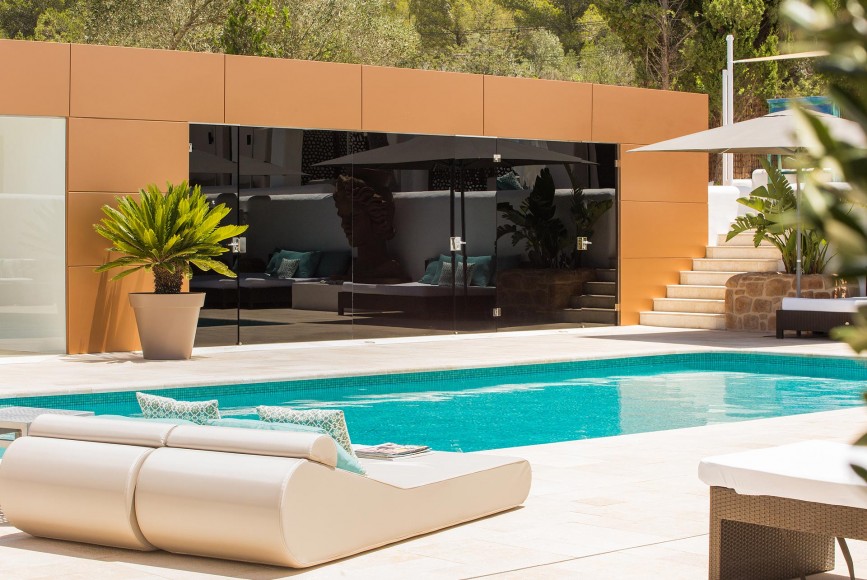 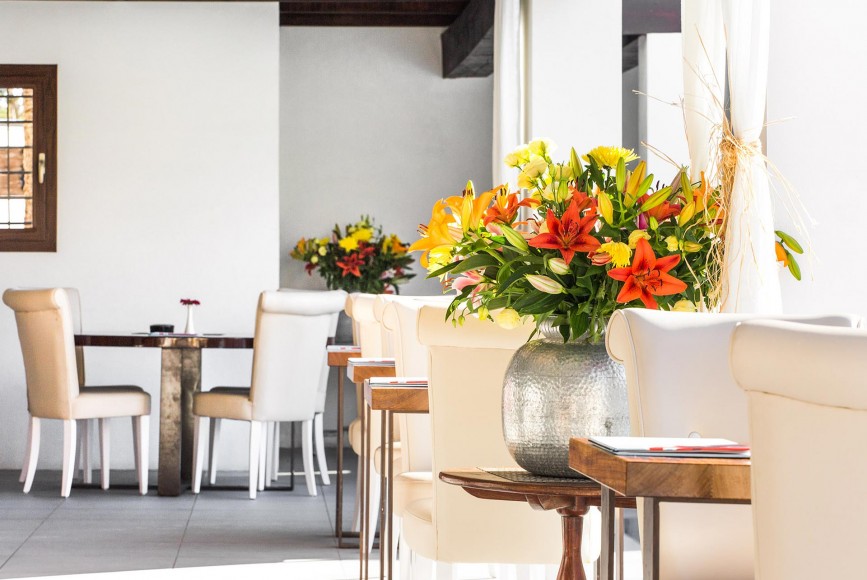 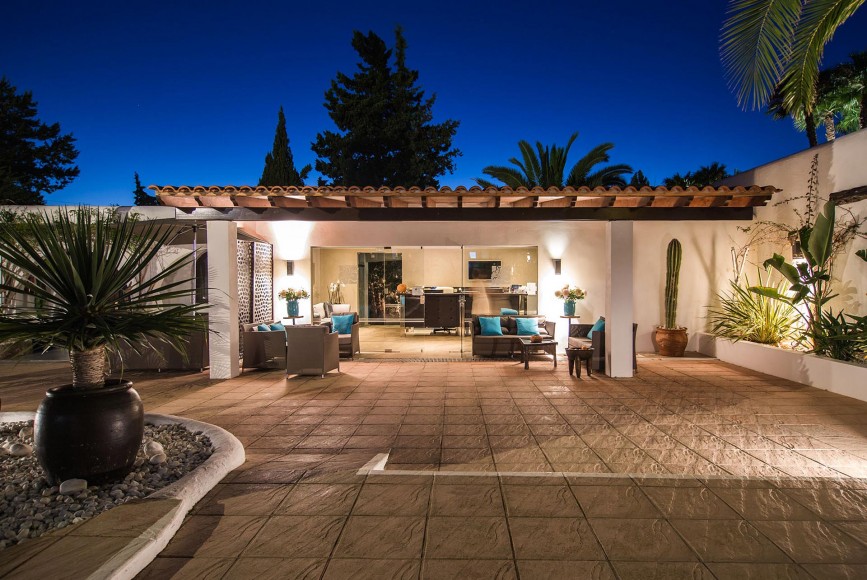 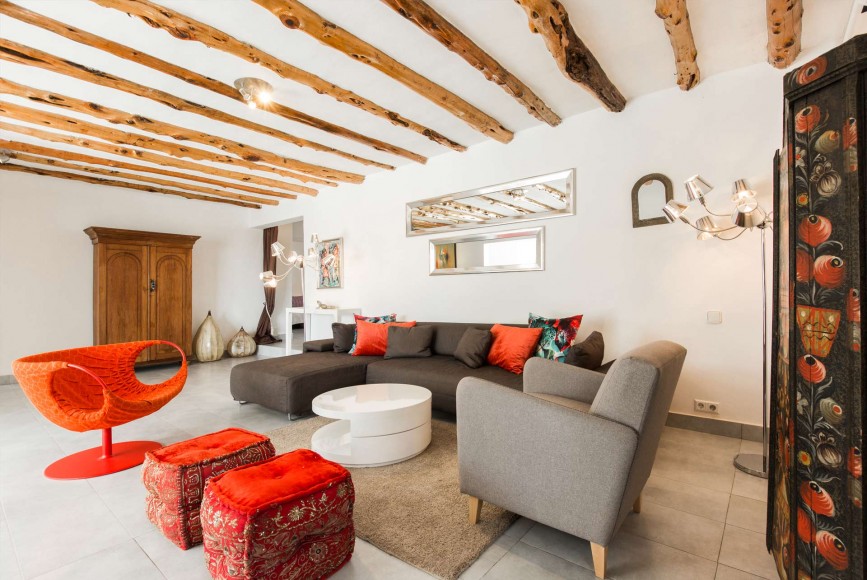 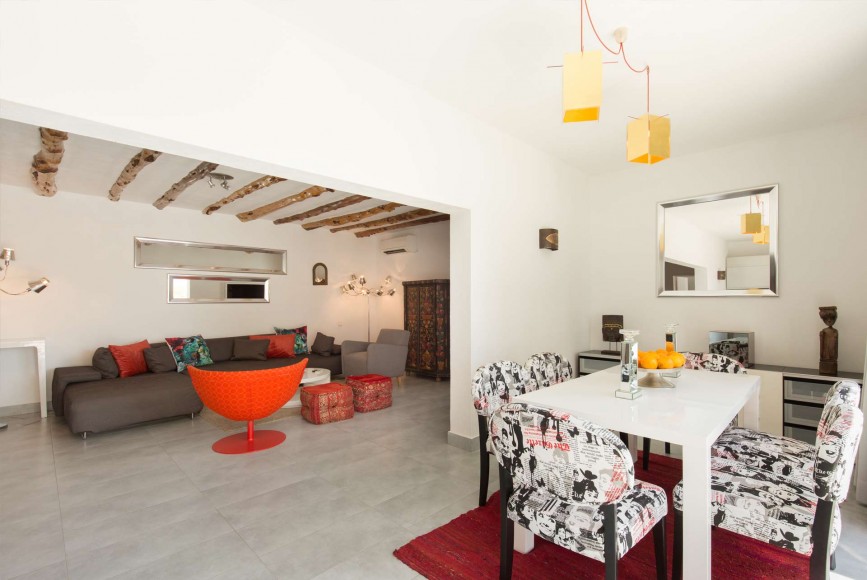 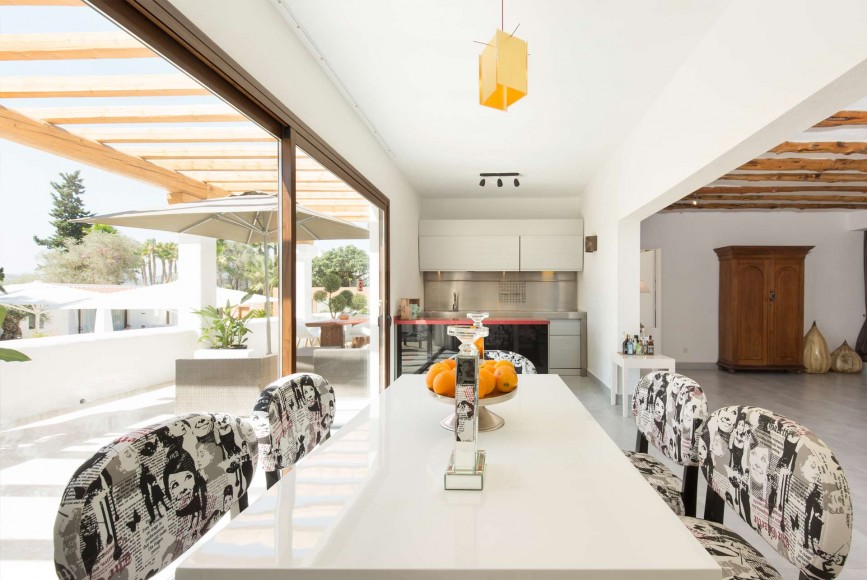 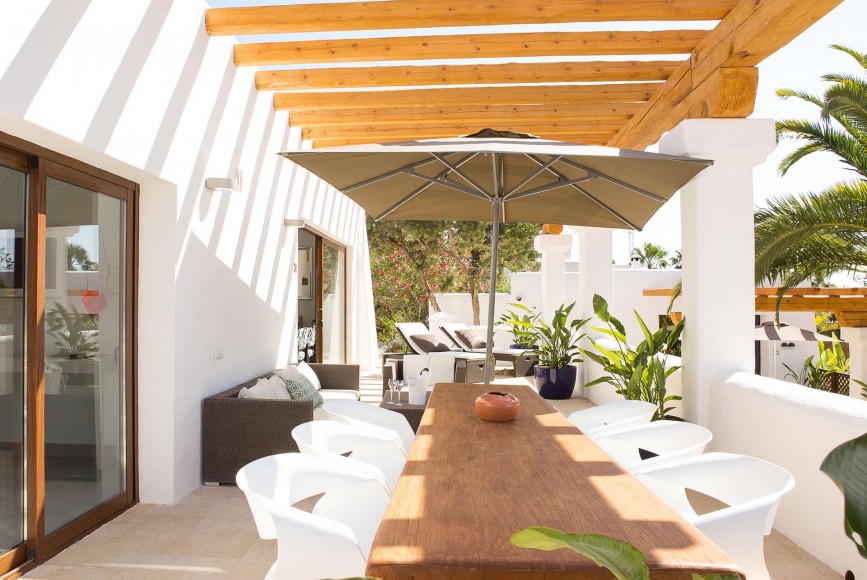 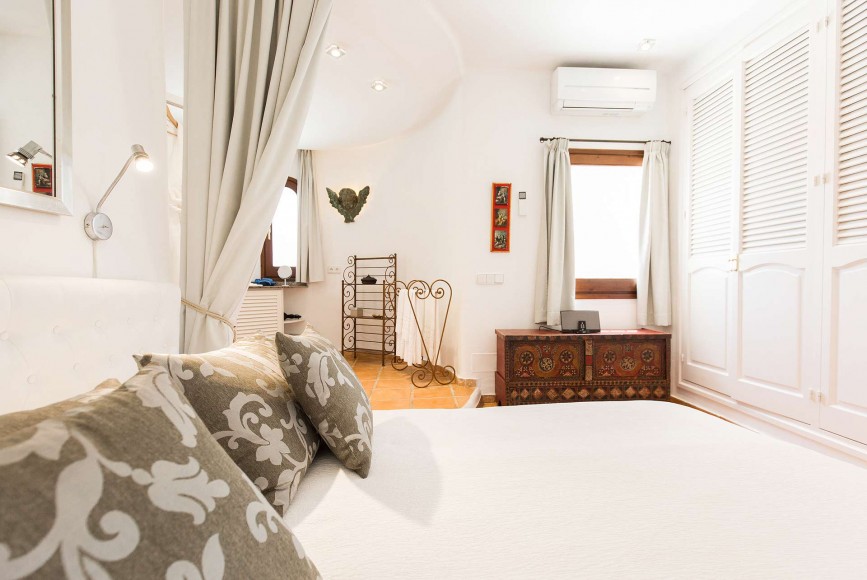 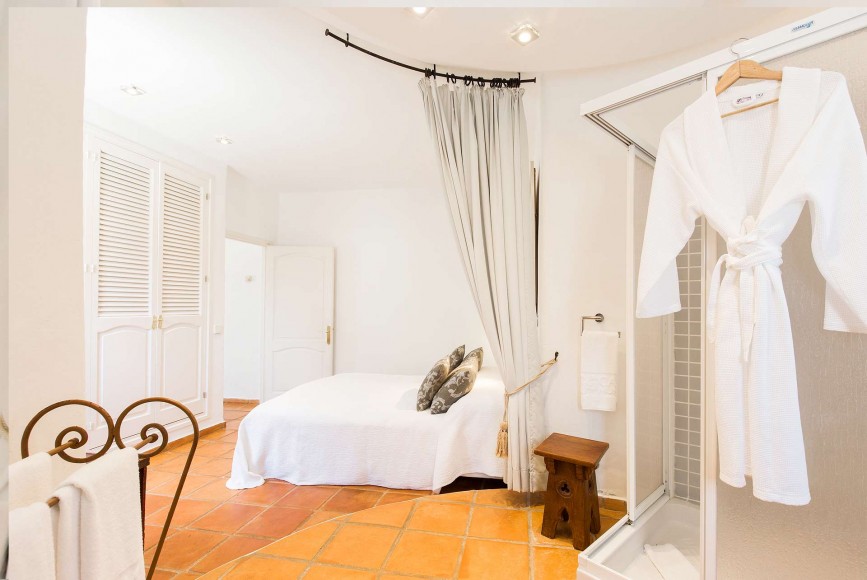 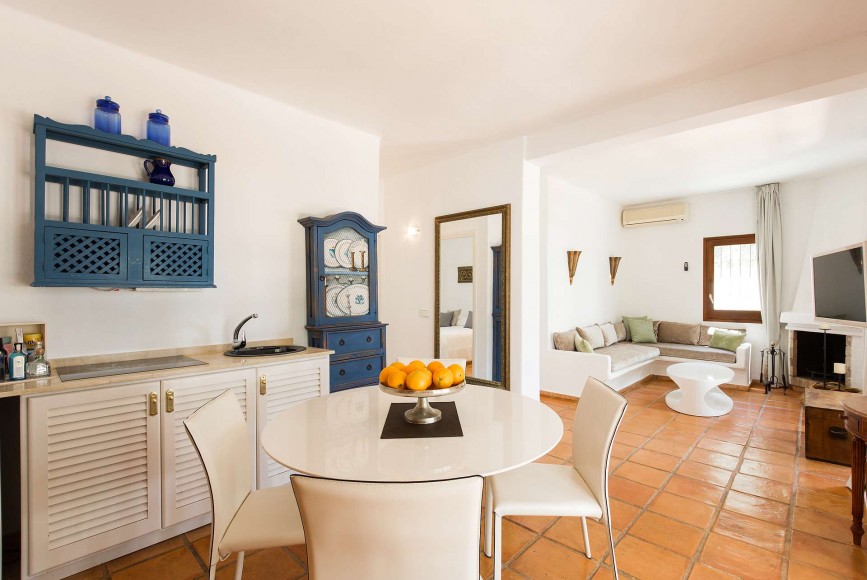 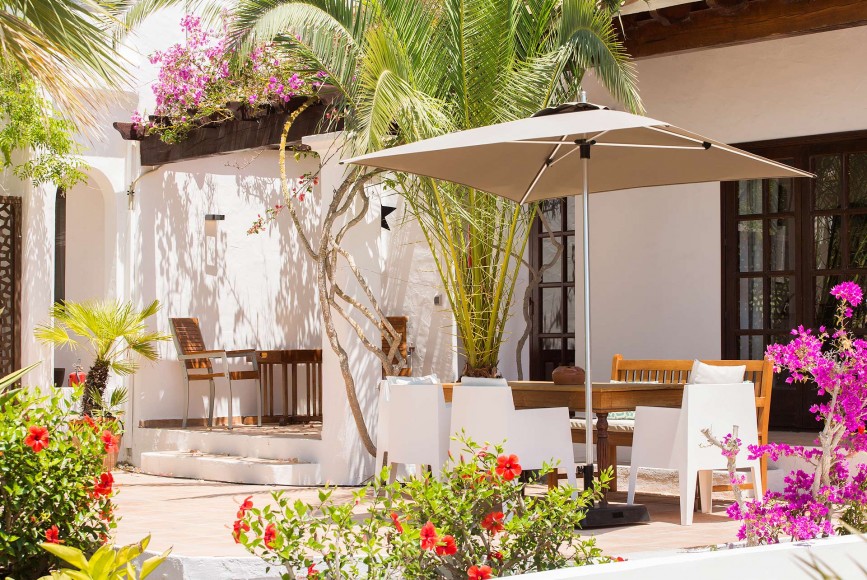 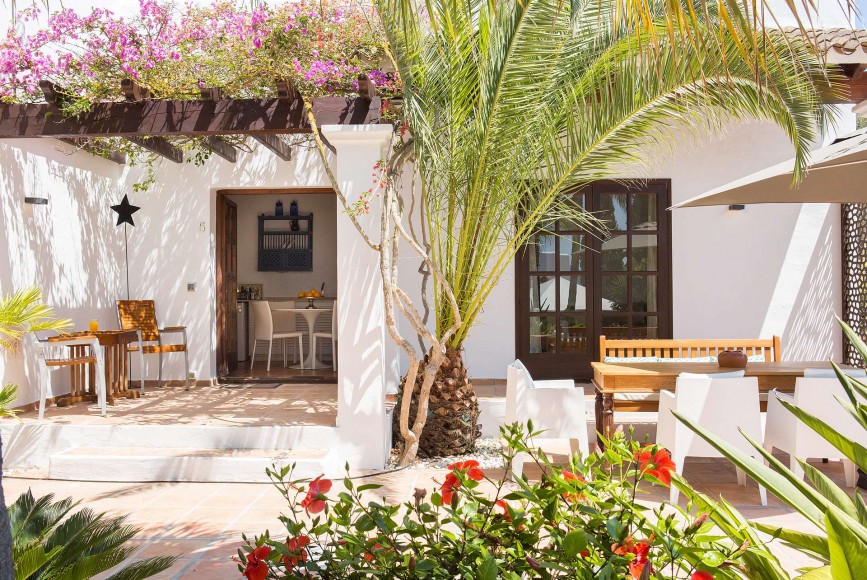 There are few places in the world that I have resisted going to, even with my insatiable travel appetite. One of those places, I’m embarrassed to admit, is Ibiza.

Yes, I know the Ibiza groupies will be shaking in their itsy-bitsy-teeny-weeny beachwear. But the all-night rave culture, combined with its rebellious Peter Pan spirit has not drawn me into the annual pilgrimage of beautiful people, who religiously pay homage to the White Isle’s shrine of eternal youth.

I can party with the best of them, and who doesn’t love a bit of sparkle, glitz and glamour, but its reputation as the frenetic clubbing capital of the world and the most expensive island in Europe (although recently out gunned last year by Mykonos for the most expensive bottle of champagne ever bought) had somehow seeped deep into my subconscious and removed it from my wish-list.

Clearly, I should know better than to judge a book by its hedonistic party-central cover. So a trip to experience Ibiza in October (just after the season), when everyday banter is woven with references to the legendary Pacha, Ushuaia, Hard Rock, Space and the new Hi, has forced me to rethink this super-hip destination.

It’s no surprise to the regular Ibiza crowd that the original tribe to touch base here was in fact the hip hippies of the 60s and 70s, who migrated to the island in pursuit of a simpler free-spirited way of life and discovered the stillness and rural charm that forms a deeper part of Ibiza’s heartland. This is the vibe that resurfaces when the DJs and beach parties have packed up and headed off to global binge in another part of the world. It’s now that an entirely different Ibiza re-emerges.

In October, the climate is blissful with daytime temperatures ranging from mid to high 20s. The beaches and bars are less party and adrenalin fuelled, with a much more peaceful energy that spreads across the island. Many of the locals who had left for the high season gently return to settle back into their winter homeland. There is a shrewd crowd who also come now to enjoy the hammock-style holiday that characterises the time of the year.

Check out the rural interior and the beaches to the north, especially Benirras Beach (or the drumming beach), where you can watch the sunset ritual accompanied by a herd of local drummers. Or head to the Sunset Ashram to hang out with the latter-day hippies and dine while watching the memorising circus-like entertainers salute the passing of another day in paradise.

We stayed at the delightful boutique hotel Casa Munich, a property that is located on a small hill in the Ses Salinas Nature Reserve; a stone’s throw from the salt planes of Salines, and a short drive to some of the best beaches and spots on the island. Yet it’s also only 10 minutes from Ibiza Town, Playa D’en Bossa and the airport.

The hotel, which was set up 30 years ago by the Brauns and is still family-run, offers guests a luxurious laidback feel, and is boutique in every sense of the word.

A sense of tranquillity is evident as you arrive at the original 400-year-old Finca, with its traditional bougainvillaea-clad whitewashed walls. It’s delightfully informal, allowing you to be as invisible or pampered as you choose. The team at Casa Munich are well-versed in managing every request; they’d have to be with so many A-list celebrity guests who demand discreet yet attentive hospitality.

As Ibiza has evolved and reinvented itself over the years, so too has this little hotel that has graciously expanded, along with its reputation, to offer a variety of rooms including beautifully appointed adult-only spaces that wrap around a wellness and spa area and pool.

The rest of the rooms are spread liberally around pleasant courtyards, winding pathways and lush gardens, ensuring space and privacy. There are 3 demur pools, a tennis court, football pitch, basketball court and a small gym, as well as push-bikes should you ever wish to venture out and leave the haven.

You’ll find a friendly bar and restaurant next to the main pool – but as there are so many foodie destinations on the island, the hotel is realistic about its offering, keeping its choices simple and relatively small, with oodles of fresh local produce.

One of the greatest gifts that comes with staying at Casa Munich is that the family, who are clearly part of the island’s chic DNA, has expanded their portfolio. This includes access to two of the most stunning beach clubs on the uber-cool Playa d’en Bossa; the infamous Nassau Beach Club where the too-cool-for-school crowd hang out, and its younger, more family-focused sister club, the Tanit Beach. Our day at Tanit was spent languishing on a rock star-like beach cabana sipping cocktails, listening to some tunes, and demolishing some of the best vegan food I have ever tried. Tanit was apparently an ancient goddess of love, prosperity and good fortune. By the end of the day, I can honestly say I felt it all.

The group also has two local restaurants, Dunes and Cas Costas, a wonderful grill and tapas style menu with adjoining organic market stuffed to the brim with amazing local produce.

After just four days on this magical island, I realised it is both hedonistic heaven or hippie hideaway: the two tribes blend together in a weird yet beautiful cocktail. And staying at the delightful Casa Munich was like having a best friend on the island, one who knew all the best places to kick back.

I love Ibiza. And while the raves may have to wait for me, at least I discovered the other side to this wonderful island, and the idyllic sanctuary of Casa Munich.

Avanti! Avanti! Urges the engine as the exhaust note booms satisfyingly through the tunnels of the La Provençale Autoroute above Monaco. This is odd; as under the soft leather Lord’s Loafer is the accelerator to a strange beast. A marriage of modern requirement mixed with absolute racing pedigree. A three litre V6, diesel engine of 275 bhp, with nothing less than silk upholstery by the italian designer Zegna and bearing the three point trident.