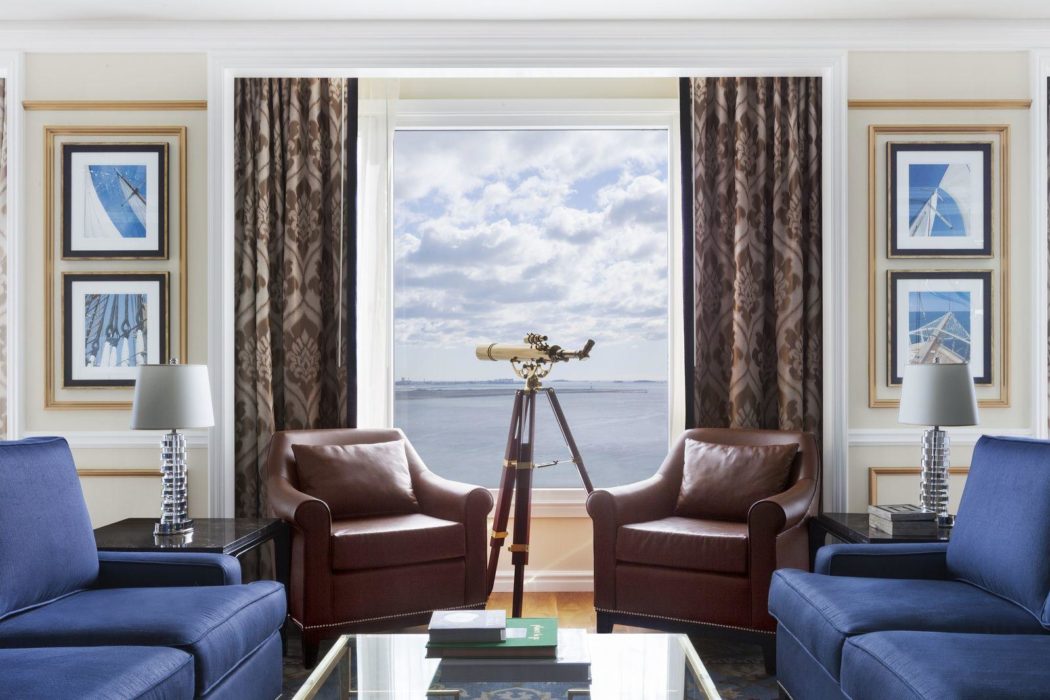 The last time I was in Boston, the Patriots had just won the Super Bowl. Doesn’t exactly narrow it down, does it? The crowds lining the brisk New England streets had swelled to 1.5 million by the time we got into the city. We stowed our luggage at an Airbnb in the North End and headed South into the crowd. The long drive back from Vermont was a decent schlep, so our immediate concern was finding a pint of Guinness. Within about five minutes of arriving in any bar in Boston, your accent will be picked up. It’s your choice if you tell them you’re Australian, South African or English. The night progressed to dinner with our new group of celebratory Patriots fans and, as you might expect, the rest is a red, white and blue blur. We left Boston at 6am the following morning, headed for Vancouver with heavy heads and full hearts, vowing to return.

It’s a year later and when I arrive it’s a brisk minus-6 degrees. The remnants of recent snowfall still show across the city as my Uber travels silently up Atlantic Avenue. At this point, I am still trying to get my bearings in ‘The Hub’.

I was headed for check-in at the Boston Harbour Hotel, a recipient of both the Forbes Five-Star and AAA Five-Diamond awards. The hotel sits on Rowes Wharf, formerly a neighbourhood called South Battery. Created by early settlers during the seventeenth century, one of the city’s most prolific businessmen, John Rowe, purchased the land in 1764 and put up the original Rowes Wharf which was extended into Boston Harbour.

Having left London at 6pm GMT, I was desperately trying to wrestle my need to explore the city into submission. I hoped beyond hope that once I had checked in, unpacked and taken a bath, I would be in a more relaxed frame of mind. With my mind on autopilot, I glided through the unassuming exterior entrance, Rimowa following closely behind. The interiors are befitting of a harbourside property and are both colonial and classic. After a long-haul flight, more than a little luxury is needed. You’ll find historic etchings, coffered ceilings, polished marble meeting hardwood and ornate rugs unfurled throughout. I was particularly taken by a series of illustrations of maps from New England from the sixteenth and seventeenth centuries.

With check-in having taken only a few moments, I made my way into the lift, fell into the brightly illuminated buttons and headed upward. I was hanging on by a thread. I opened the door to the suite and before me stood a 2017 California Cabernet Sauvignon by Robert Mondavi, and a mezze platter handed down from the gods. The rooms and suites are, of course, influenced by the history of the harbourside with handcrafted teak furniture and historical ocean maps. I perched myself in the front room’s armchair, poured a bulbous glass of wine and looked out across the water. There is no denying the great location, not to mention the beautiful views from the property. As the night went on, it was alas time to do some adulting. I put on one of the two smart TVs, set up my laptop at the desk, unpacked my bags and toiletries, took a shower in the solid marble bathroom and climbed onto the king-size bed. This is an American king, which is presumably is bigger than anywhere else on Earth. 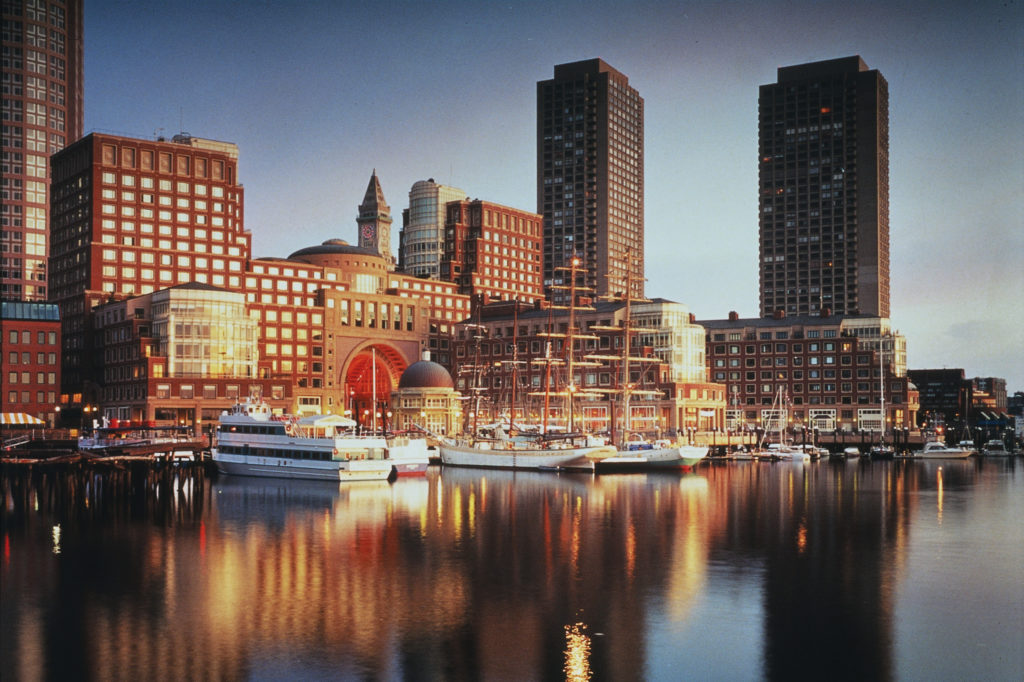 A little after 9:30pm, with my brain awash with the urge to formally ‘wake up’, I decided that I would need to find medicinal relief. I am not all that used to travelling solo. Usually, I’m either travelling with a film crew, friends, family or to meet one of the aforementioned. It had been a long time since I had been truly solo whilst travelling for some time. Keen to fully embrace my total lack of formal guidance, parental or otherwise, I made my way out into the night.

I headed towards the Harbour, keen to see what gems might be hiding in plain sight. After a brief realisation that the temperature was dropping and even a Barbour jacket wasn’t going to cut it, I turned tail and went west. Now, if you’ve been to Boston before, you will be aware of some of its landmarks. You’ll already know that the Boston Harbour Hotel has a grandiose exterior archway rising 60-feet. I was not. My head had arrived at the hotel and missed entirely the beautiful exterior architecture of the building, which is a seamless part of Boston’s downtown landscape.

Huge banners were hanging from the top of the arch signalling the start of Boston Wine Week. The nation’s longest-running food and wine festival curate a series of intimate winemaker-hosted dinners, seminars and receptions at the Boston Harbour Hotel. Sadly, I was not aware of this, so hadn’t dressed or booked accordingly. Luckily though, if you find yourself in the city January through March, you can visit the Rowes Wharf Bar in the hotel for an after-hours glass of fine wine. The post-dinner festival attendees meet at 10pm after each hosted dinner. Go along for a chance to meet vineyard owners and winemakers from across the world.

As I was unable to muster the strength to go back into the hotel to change, I made my way onto the High Street and into Finn McCool’s. For an Englishman abroad there is no escaping the familiar Irish bar, especially in Boston. It’s haunting. I sat myself at the altar, ordered something I faintly heard the barman recommend and peered upwards at a game of basketball. I honestly cannot recall being in a sports bar since the fall of Australian export ‘walkabout’. Finns was exactly what I needed at that moment though. I was the peaky looking guy at the bar whose overactive imagination wanted to trip the light fantastic with Boston’s great and good, but was clearly about to crash. Luckily for me, the hotel was 100 metres across the avenue, so within ten minutes, I was sprawled across a king-size bed, mezze selection in full effect.

The following morning I rather respectfully woke, washed and was in the hotel’s rather well-appointed Rowes Wharf health club and spa by 7:30am. Hotel fitness centres have a bit of a reputation for being clinical and coldly corporate, but between those working off the tannins from the wine festival and the ‘regulars’, I felt right at home. The fitness centre is 24-hour, with three-lane 60-foot swimming pool and eucalyptus-infused steam rooms in case you plan on spending your entire trip working out. 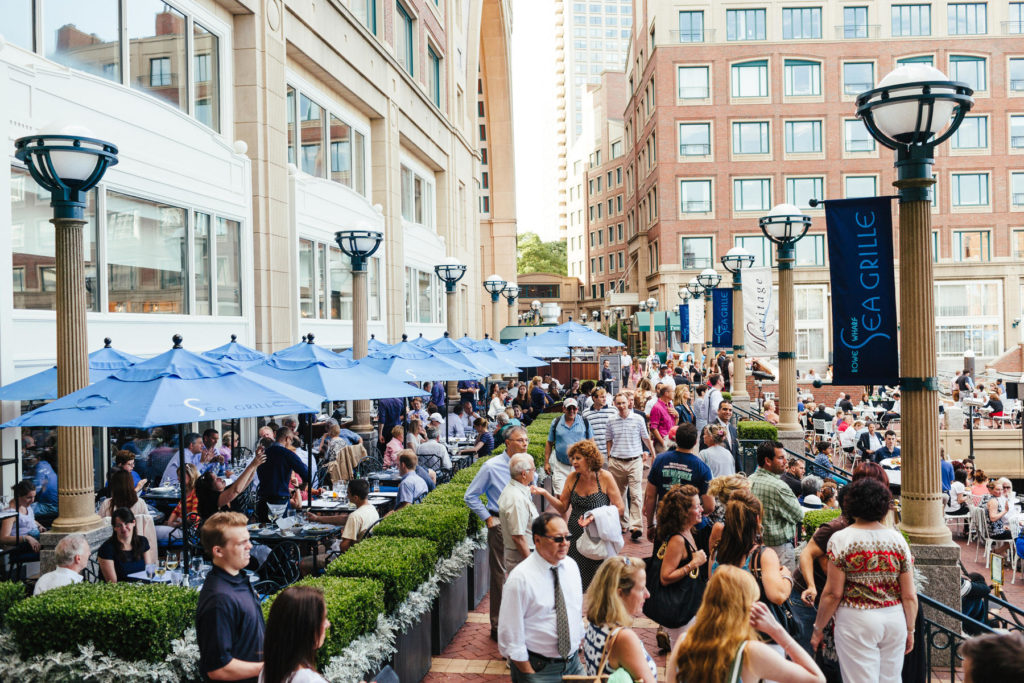 As the sun was shining, I decided to head out to the Marina at Rowes Wharf to cool down. If you’re inclined to snake your way around the harbour until you come to four angled steel sculptures that wouldn’t be entirely out of place at a skate park. Though these sculptures are untitled the installation is a recognised work of art by David von Schlegell. The four leaning steel structures face upward like mirrors beaming into space when the light hits at the right angle.

With two excursions in the diary rapidly approaching, I sadly had to secure a takeaway breakfast from the hotel’s pretty incredible looking breakfast menu. This wasn’t without its fair share of pomp and ceremony. Boxes of politely curated meats and pastries were placed in a tower of a hotel boutique bag for my departure. It was only a 20-minute walk from the hotel to Boston Common and so often we opt for road transport to get around major cities. But there is simply no better way to get into the beating heart of a place than on foot.

If you know nothing about Boston other than their need to occasionally destroy 46 tons of tea, I urge you to take The Freedom Trail.

As one of the oldest cities in the US, Boston developed former wetlands to fuel its growth from 1631 to 1890. It constructed the first public park, Boston Common in 1634, the first subway system in 1897 and the first public school, Boston Latin in 1635. The city is steeped in history. Preserved by the citizens of Boston in 1951, the Freedom Trail is a unique collection of museums, churches, meeting houses, burying grounds, parks, a ship, and historic markers that tell the story of the American Revolution and beyond.

Having made decent time crossing the financial district whilst eating breakfast, I arrived a little out of breath. Thankfully the tour was paced well with ample breath-catching time despite the bitter cold. I don’t want to head straight to the macabre, but the Granary Burial ground has some particular highlights. You’ll find Paul Revere, Benjamin Franklin’s parents, James Otis, Samuel Adams and John Hancock buried in the grounds. It was at this point I learnt the origins of the term ‘sign your John Hancock’. Hancock was president of Congress when the Declaration of Independence was adopted, so is primarily remembered by Americans for his flamboyant signature on the Declaration. According to legend, Hancock signed his name largely and clearly so that King George could read it without his spectacles. 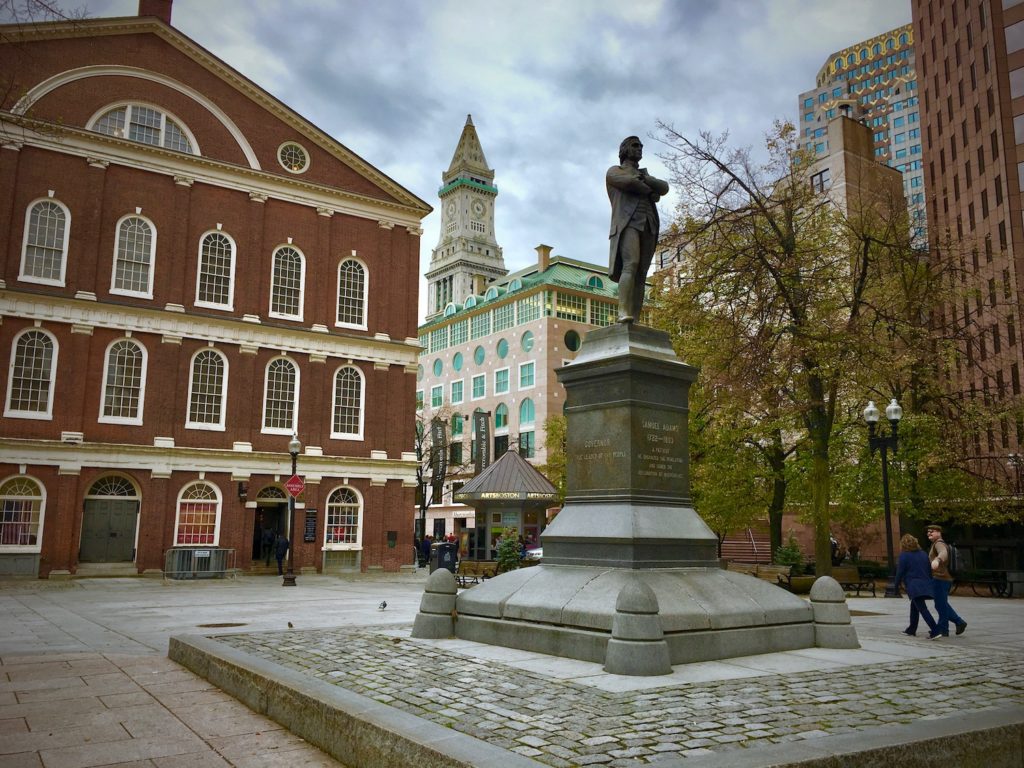 Not content with the one historical fix, I said goodbye to my incredible guide at the Old State House and made my way down State Street towards Boston Harbour Cruises, (BHC). Fearing I might be late, I had powered my way through the 500 metres and was now in dire need of refreshment. The boats sunset cruise was a few minutes from departure. As there appeared to be a full bar on the lower deck, I purchased a pint and made my way to the top deck to bask in the sun. The narrated 90-minute tour takes you through Boston past and present, and includes the SS Constitution’s traditional ritual as she fires her cannon and lowers her flag to signal the day’s end. We went by historic islands, landmarks and incredible lighthouses. Your guide will also point out a minimum-security prison located in Boston Harbour that was the inspiration for the film Shutter Island. That’s a hard pass in terms of a site visit for sure. Having strolled around a chilly Boston for a couple of hours, sitting in the sun, cold beer in hand, watching the islands go by was certainly a strong way to end the day.

With the sun going down, I strolled back to my suite at the Boston Harbour Hotel content with a culturally enriching day. The hotel’s location really couldn’t be better and acts as a prime jump to anywhere in the city. All that was left was to visit the Rowes Wharf Bar for a glass of Lagavulin in front of the fire and to toast this fine city.

Who?  Rihanna Where?  Boujis Nightclub, London Showcasing the hot holographic trend taking the world by storm this season is Rihanna, who demonstrates effortless-chic through pairing distressed boyfriend jeans with a simple structure cropped shirt, allowing for the materials to do the talking. Combining a backless, holographic crop top with matching stilettos and a stunning holographic faux-leather Stella McCartney clutch, the Diamonds singer brings sparkle to an otherwise-casual look, brightening up the streets of the London at the same time. If ever in need of tips on how to dress up by dressing down, Rihanna is your woman. Who?  Olivia Palermo Where?  New York For a second issue in a row,…