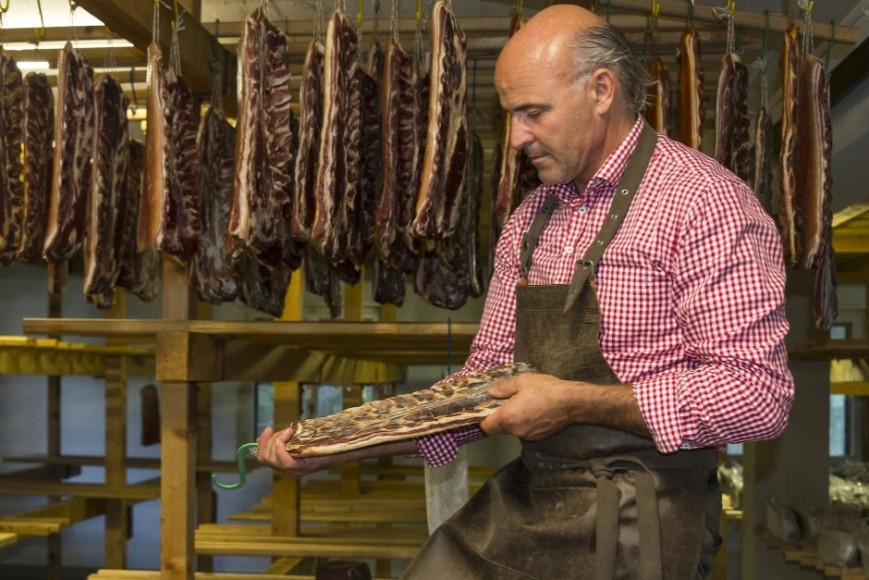 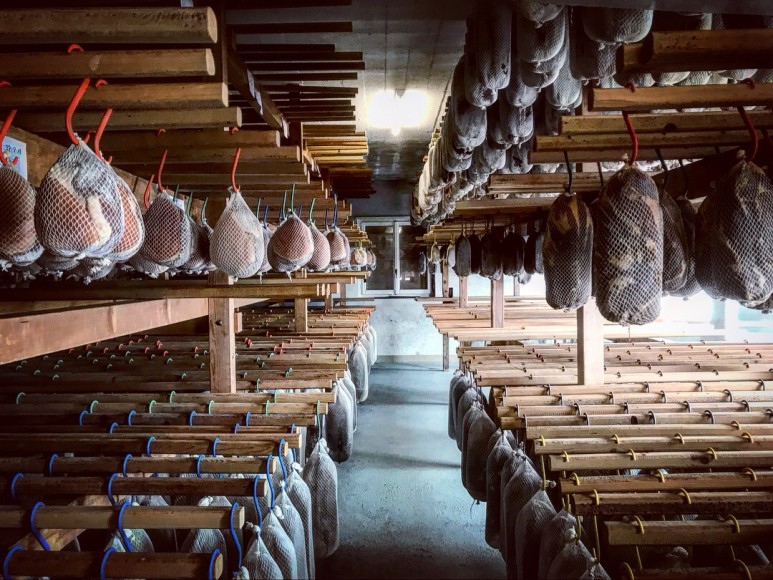 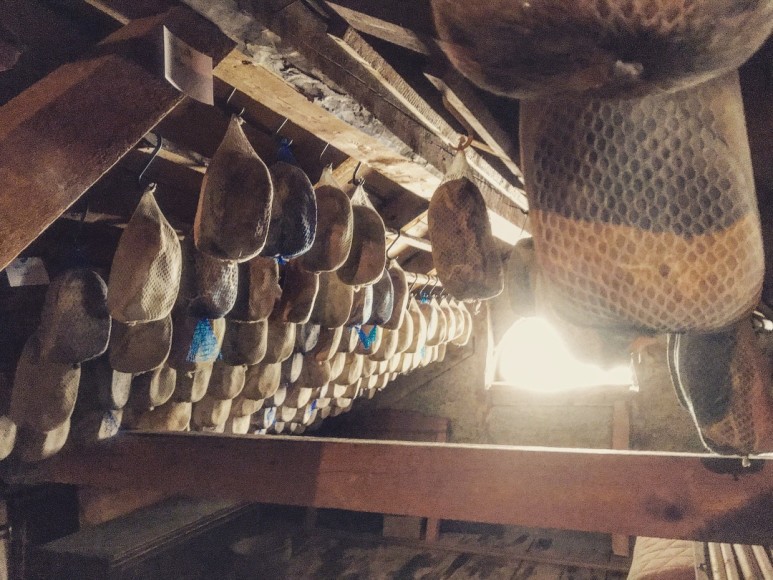 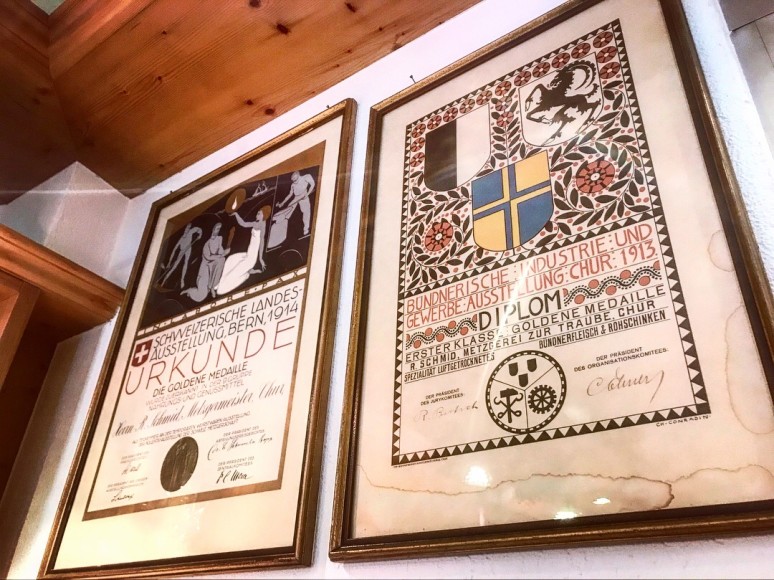 After navigating icy hairpin bends, snow banks and rushing waterfalls, we found our destination concealed in a valley between Lenzerheide and Chur in the Swiss Alps. In hushed tones, we had been told there was to be found a true specialist in the artisan field, who we could not miss visiting whilst we were in the area. The exclusivity of the suggestion was reinforced by the fact we were unlikely to discover his wares outside of the immediate region due to export restrictions. On checking the ‘tip off’ with restaurant and bar staff, we were returned the knowing smiles that experience has shown often lead to culinary excellence.

Our interest was further stirred when we discovered that the lineage of his ingredients and preparation methods were controlled more strictly than most research laboratories. Add a relationship with a Michelin starred chef into the mix, and my palate was already coming alive with great expectation.

It was then no surprise that, the following morning, we found ourselves entering a modest, tall stone-and-wood chalet-style farmhouse in the village of Parpan.  Discrete signage was giving nothing away, other than the owner’s name. On opening of the door, my olfactory was assailed by a sort of iron-edged, earthy, deeply-scented smell of cured meat that immediately makes you crave an alcoholic beverage, some good bread and a slab of fine unsalted butter. Or simply the taste of concentrated, pure meaty microbiology in isolation. We have entered no less than a shrine to the air-dried, local speciality called Bundnerfleisch.

Waiting for us with the warm smiling eyes of a man that is both happy in his work and confident he has something of unique presentation and quality is Jorg Brugger. Jorg’s family have been associated with the history of Bundnerfleisch production for four generations, covering a period of over 100 years. Engelhard Brugger, Jorge’s great grandfather, is known as the founder of professional meat drying locally.

Now, I have dabbled in the dark arts of smoking and curing. I’m also a fair hand with a side of salmon. But air drying meat is almost necromancy. The simplicity of ingredients and preparation means that all aspects must be of the finest quality and knowledge is key. Though there are many things he will tell us, with Jorge’s lineage, there are many family secrets he will not.

As we make our way over three levels of this house, passing hunting trophies via narrow staircases, up ladders and through narrow trapdoors, the intricacy of the process unfolds. It is clear the building itself is constructed to facilitate the process and celebrate preservation of the flesh. The nearer you reach the attics, the more you salivate, and the more intense the perfume becomes. Hanging on wooden racks in various ante rooms are large bundled forms, averagely sized like a rugby ball. They are suspended by multicoloured hooks next to other more familiar sides of bacon, venison and salami-like sausages. These are the Bundnerfleisch themselves, or ‘bandaged meats’, due to their cloth coverings.

Bundnerfleisch’s main ingredient is beef, which Jorg guarantees only comes from the Swiss canton of Grisons as regulation states, and that it is fully prepared and produced there. For the genuine product, there are further requirements, such as using only first-class cuts of beef. After the meat has been prepared by removing any fat, tendons and gristle, the raw cuts are washed in white wine and rubbed with a mixture of salt and a secret recipe of approved organic spices and herbs. On asking for more insight, we get some generalisations around mountain herbs, but no certainties, accompanied again by that warm smile.  The pieces of beef are then stored in large containers for a period of between one and three weeks bandaged in muslin cloths.

After this curing has taken place, the meat passes through the building to the balcony area, which is open to the elements, yet protected by large gauze panels. In this oasis of calm, all you hear is distant cow bells and the rushing of the trout stream behind Jorg’s property. After a week outside, the bundles are brought into the drying rooms. Humidity is strictly controlled by the opening and closing of various windows and doors that the design of the building facilitates. Again, it is the knowledge of this airflow and meteorology that makes this a true artisan product. After the skin or pellicle has formed during curing, the protection of this raw ingredient is all down to the maker and the fine adjustments they make in airflow and humidity.

I intimated air drying was an art, but also it is highly laborious. When you then realise that, after initial preparation and curing, each bundle of meat will be handled and inspected 60 or 70 times during its creation, this has to be a labour of love. During the 10 to 20 weeks drying time, the meat is pressed three times, at regular intervals, in large wooden screw driven presses. This results in even liquid distribution in the beef to aid drying and gives the Bundnerfleisch its shape. During the drying and pressing process, the bundles will lose around 50 per cent of their original weight. The methodology and equipment is identical to that used a century ago; no mechanisation creeps in and no shortcuts are taken.

Finally, we return downstairs to taste the finished article and, needless to say, we cover the three floors down in record time. As our first thin, delicate, dark ruby, thin slivers of Bundnerfleisch are passed to us, there is great expectation.

On first examination, a slight note of onion and wild herbs give way to a concentrated, perfumic beef taste that encases the mouth with finesse. Powerful, rich and delicate, it melts in the mouth. Slice follows slice, and Jorg begins a cavalcade of air dried venison, pork, duck, ham and salami that leaves us virtually incapable of words, merely forming sounds like children at a firework display.

We leave Jorg replete, now too sporting a smile, hands greedily holding our prizes, destined to be stowed in suitcases for repatriation. Sat in front of a small, late spring fire, two days later, I raised a glass to Jorg and exhaled as I swallowed the paper-thin strips of meat melting on my tongue. Once again, I was transported to that farmhouse in Parpan where, one day, I hope to return and indulge both my palate and nose again in a true craftsman’s work.

I have stayed at many hotels and I can count on both hands the amount of times I have needed to call on the small army that are responsible for running the various establishments. Do I order room service? No, the smart traveller heads out to eat anything but the anaesthetised hotel food. Of course, the humble steak sandwich and the standard caesar salad are hard to bugger up. When you spend in excess of £350 on a hotel room for a night, you’re likely to only use the bedroom. Unless, of course, you’re on business, in which case, you’re likely to sit staring at a laptop. If, however, you’re looking…