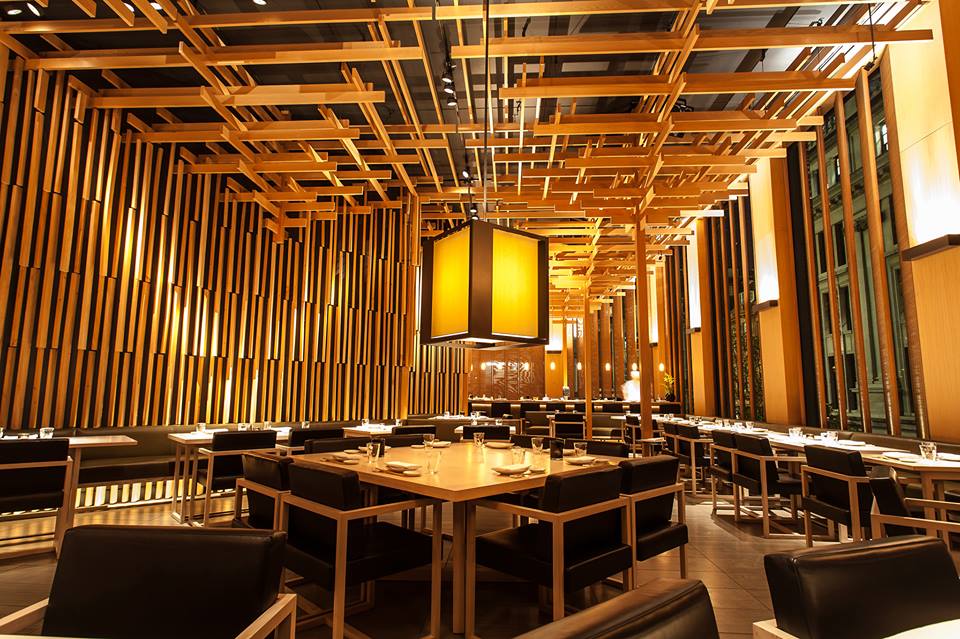 I never liked the idea of sushi. Or sashimi for that matter. What’s to like about raw fish? I can see why the Japanese like it – after all, they’re masters of self-punishment – but the rest of us?

To start with, sushi and sashimi are cold. Some of it looks clitoral, the rest looks labial, and not in a good way. The whole process of eating it is very animalistic, very therianthropic. Then there’s the smell. Ever been to a fish market? Exactly. It’s an offence to the olfactory and fishier than a politician’s expenses claim.

So, when asked to review Sake No Hana, a sushi restaurant, I didn’t want to go. But something stuck with me, tapping on my brain and tugging on my tastebuds. I couldn’t shake the restaurant from my mind and decided to check out the menu online. Surprisingly, there was meat; lots of cooked meat. Rib-eyes and chops, and things that were seared, fried, roasted and steamed. It was music to my belly. And I wouldn’t even have to touch a slippery raw fish.

The restaurant is broody and bamboo, straight out of a Kurosawa film. It just needed Toshiro Mifune to leap out and neatly butcher the morning’s catch with a samurai sword.

The conspicuous lack of Japanese people serving or eating didn’t bode well. Those fears were quickly kiboshed, however, when a selection of food arrived, some of which was sushi. That’s what happens when you ask the waiter to choose your starters. Tempura prawns were iron fists in velvet gloves: properly meaty shellfish in the most fragile of coatings, cooked with the type of diligence you expect from the Japanese. Any less would mean hara-kiri.

Seared scallops came ornately dressed with wasabi truffle, which may sound overpowering for the poor little creatures, but actually worked well with their sweetness and the saltiness of the ocean.

Then it was time: sushi. Arm extended, eyes closed, chopsticks trembling, and in I went. Barely a mouthful, in a cute package of seaweed and rice. Surprise and joy overcame me; it was delicious. I didn’t want to stop, not then, not now, not ever. One hit is all it took. Mouthful after mouthful, fix after fix, my new-found sushi junkyism. Everything about this sushi was balletic and light and moreish and divine. Sticky rice, sharp seaweed and fresh fish: the holy trinity.

Teriyaki lamb cutlets arrived with ceremony, along with beef fillet, both of which were cooked to a cherry-blossom medium. Red meat lends itself to the quick-fried nature of wok cooking, exquisitely demonstrated in these dishes.

Sake No Hana proved to me that Japan now has two art-forms to be characteristically modest about: film and food. The lengths, the painstaking diligence that the Japanese put into film and food is overwhelming. And thinking about it, these are the only two modern Japanese artistries that have made a successful transnational leap and now influence Western culture.

The skill – the neurotic and aesthetic detail – that goes into making Japanese food is inconceivable to most Westerners. And ironically, it’s this intricate dexterity that produces the most simple-looking and clean-tasting food on the planet.

Notorious RBG. "I would like to be remembered as s

The Autumn Edition. We talk to @jameshaskell and D

The @porsche_gb 992 C4S is in good company at Cliv

@clivedenhouse may be two of the finest words in h

An eye opening trip to 'the Row' to visit @scabal

Where are you spending your summer this year? Chan

Israel’s Boutique Bed & Breakfast The storm raged across the golf course, battering hail against the big French windows, but with the A/C humming away, we didn’t care. Casa Caesarea in the thunder and the rain is very cosy. With plenty of books to read, tea to make, films to watch on the huge flat-screen TV, or a bath to take, wrapped up after in the sumptuous towels, we were home from home in this luxury homestay. Ex-New Yorker Anne will welcome you into this unique property, about half-an-hour north of Tel Aviv on Israel’s Mediterranean coast. “I want my guests to feel more than welcome,” she said. “I want…