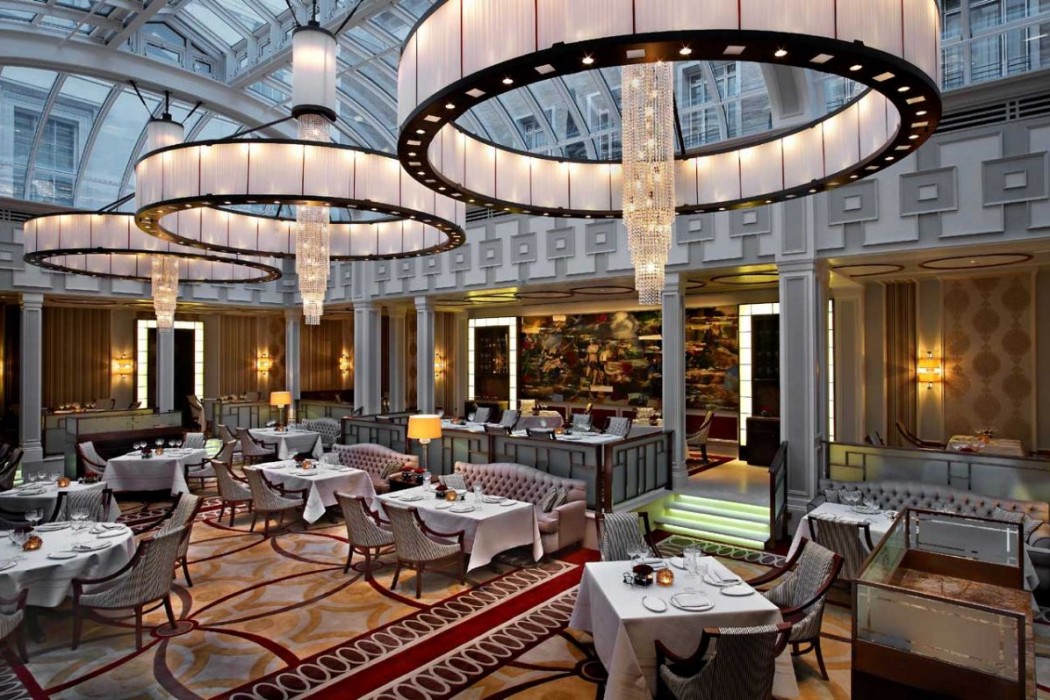 There’s a certain pretension that comes with food critique. When starting out, it’s a marvel. I appreciated every opportunity to travel, eat and write. I was putting odder things in my mouth than most Dutch prostitutes — although sea cucumber (a giant slug, not a fruit) could be mistaken for a flaccid businessman. But that’s the deal: digest food, regurgitate words, by any means necessary.

It doesn’t last. Soon enough you find yourself skipping dinner with friends because the restaurant doesn’t bake its own bread or clean its vegetables in holy water. Critics get snobbish and bloated with expectation, like foodie traffic wardens, ready to slap tickets on the slightest gastronomic transgression (my personal favourite was being given a wine list on an iPad). Enjoyment of food is no longer enough; being a critic is to pull the legs off everything and analyse from every angle.

Then there’s Michelin: the head warden, the almighty Big Brother of restaurateurs. To have Michelin stars must feel like living in North Korea, always worried about putting a foot out of place, not knowing who is watching. But do I really need to tell you how full of crap Michelin is? Don’t buy into it, and don’t be shafted with a£200 bill just because a restaurant has stars to its name. Price is a balance between skill and ingredients. Okay, location too (everyone needs to pay the rent, right?), but certainly don’t pay for stars. Michelin is politics. Ask yourself why Tokyo is being golden showered with Michelin stars right now. Is it because the food is good? Sure, I imagine the food is good, but it’s also because Michelin (yes, it’s the tyre company) is currently trying to break the Japanese market.

The mindset that Michelin creates, both for chefs and customers, isn’t particularly healthy either. I’m no chef—you’d have to be maniac to be—but looking at revered veterans, such as Pierre Koffmann, it’s easy to understand why these men and women in white coats become so disaffected with the Michelin Guide. Like yearning for unrequited love, chefs will do whatever it takes to get noticed. It becomes personal and they obsess to the point of breakdown.

Customers are even worse. Michelin restaurants are no longer about going out for a good meal. They’re an expedition, a cultural sightseeing tour. You only have to look on Facebook to see your friends proudly being photographed with their arms round a filet mignon. People have swapped namedropping for restaurant-dropping. They have excruciating conversations about “This lovely little place that’s just opened in town, darling”. Menus reflect this nonsense, all riddled with prolixity and needlessness. Everything is ‘lightly kissed with dolphin tears’ or ‘kneaded with a mandrill’s arse’. It’s a two-way street of insecurity and vanity.

And so, to Apsleys, a restaurant that gleefully advertises that it was the quickest in London to be awarded a Michelin star. Apsleys is pretentious, but with good reason: it is attached to The Lanesborough, the most expensive hotel in London. People on the street don’t just pop here for a meal.  This is a place that serves antipasti of imperial caviar at the modest price of £350. It’s overblown, it’s justifiably expensive and, quite frankly, it rocks.

Entering Apsleys is like walking onto the set of a regency costume drama: grandiose chandeliers, lavish carpets, with lots of beiges and creams. It’s missing only an insufferable storyline. The chef here is Heinz Beck. Actually, that’s not strictly true: he is the chef in absentia, present only in name and menu. Le Pergola, Beck’s restaurant in Rome, is considered one of Italy’s best (with or without its three Michelin stars).

Beck’s culinary heritage translates well: the menu is peppered with Mediterranean influence, but subtle enough to remain transnational. I was dining with my brother and we started with steak tartare and tempura prawns. The beef was muscular and earthy, with a robust kick of spice and Tabasco, glutinously bound with the sweet yolk of quail egg. The dish was well-executed and well-portioned, and really, who’s going to cause a scene when presented with steak tartare?

Pigeon with polenta, figs and cauliflower was balletic. Done well, pigeon can taste like the best liver you’ve ever had. It’s a wonderful gastronomic trick. The flesh was dainty, blushing and full of iron—properly memorable. Ribeye steak was a copout; I should have ordered the lobster. The fault wasn’t with the cooking, rather the pedestrian meat. And the side dishes played that awful culinary act of second-fiddle, resembling casualties of war, but ended up being perfectly edible.

Dessert of chocolate soufflé was worth waiting half-an-hour for (they did warn us). There is never any middle ground with soufflé—it’s either good or bad, airy or stodgy, digestible or not. This one excelled.

Apsleys is how you whack £200 on dinner for two. The food was a perfect pleasure, but was it worth it? No doubt. This is top-quality fare, served in opulent surroundings. Technically, dishes like the pigeon were beautifully balanced, and each course fell effortlessly into the next. The question shouldn’t be “Can we afford to eat here?” but “Can we afford not to?”

Just don’t go for the stars.

Glass. Surely it can’t all be about good glass, can it? Well, it depends if you have used cinema prime lenses before. We historically shot all our film projects with variable kit lenses from the Canon range, slowly building up a range of better and better prime lenses. The price can quickly escalate into the upper echelons of ridiculous. So, we wanted to see if there was an entry-level set of prime lenses available to the starter and the lifer alike. Cue the team at Rokinon, who’ve been making lenses since 1972 from their head office in South Korea. Rokinon is giving its Cine lenses an upgrade with the Cine…